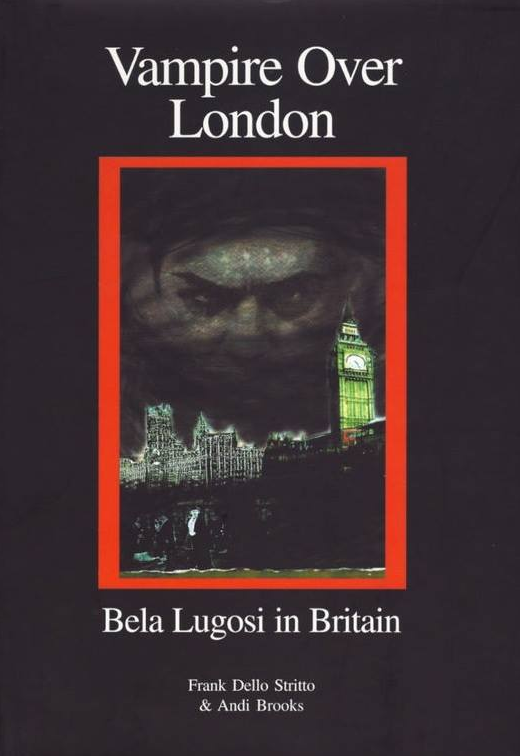 Like many kids growing up in the 1960s, I watched the late night TV screenings of old horror movies from the 1930s and 1940s with a mixture of fascination and terror. I was particularly drawn to the two actors of that era whose names will be forever linked to horror, Boris Karloff and Bela Lugosi. As I grew older my love of those films never wavered. With the dawn of the video age and the advent of serious, scholarly research into vintage horror movies and their stars, I developed something of an obsession. I bought every film that was released on video, scoured the TV listings for obscure unseen gems and read everything that I could on the subject. As ever greater numbers of articles and books were published, it seemed that every facet of the lives and work of Karloff and Lugosi was being researched in extraordinary detail. The more I read, however, the more my curiosity was piqued by an increasingly glaring omission from this in-depth study. In 1951 Bela Lugosi made his third and final visit to England to star in a stage revival of Dracula. Strangely, this period was dismissively skimmed over in all the available biographies. This struck me as extremely peculiar. Every account was so similar that they did not appear to be the products of the authors’ individual studious research. Even if the published version was true, why weren’t there more details? Dracula was Lugosi’s signature role. It made him a star and he would literally take it with him to the grave. The 1951 tour was the last time that he performed in the famous vampire play. It was a significant event in his life and therefore merited far more attention. 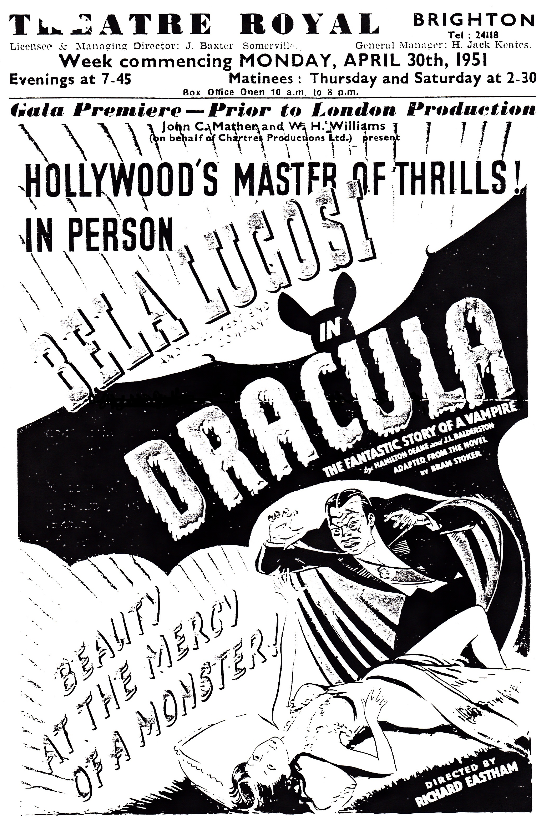 Handbill for Dracula at the Theatre Royal in Brighton

The standard line retold by most writers was that the play quickly folded after a few disastrous performances, leaving Lugosi unpaid and he and his wife stranded in England. To pay their passage home, Lugosi agreed to appear in a third-rate horror-comedy starring a well passed his date British vaudeville actor. I felt that the accepted account just wasn’t true. There had to be much more to the story. Purely to satisfy my own curiosity, I decided to do some research. I started by gathering together every scrap of information that I could find relating to Lugosi’s visit to England from books, magazines and the Internet. At the same time I began writing letters asking for information to theatre and movie magazines. I assumed that many people who worked with Lugosi or saw him perform in 1951 would still be alive so I also wrote to local newspapers in towns where the play had performed. I was completely unaware at that time that I had embarked upon a fascinating adventure that would end with the publication of Vampire over London: Bela Lugosi in Britain. To be honest, writing a book never even occurred to me at that stage. I was emerged in the research for its own sake. As my research progressed it quickly became apparent that the ‘ill-fated’ tour myth was exactly that, a myth. Just a cursory study of readily available information proved that the tour didn’t fold after a couple of performances, but in fact toured across the UK for many months. The movie which was supposedly hurriedly arranged to give the desperate Lugosi a pay cheque, Mother Riley Meets the Vampire, was actually arranged months in advance while Lugosi was still touring. 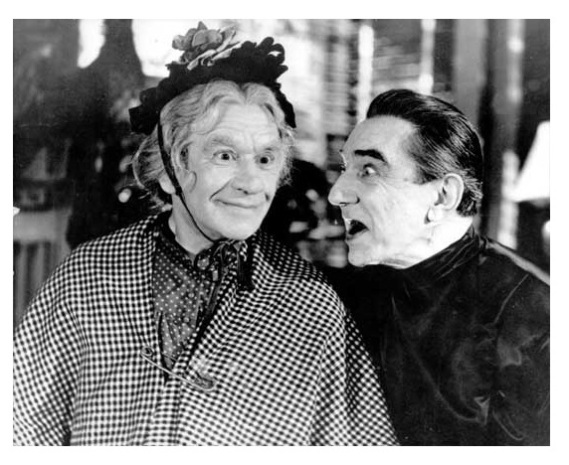 I don’t remember exactly when I started the research, it wasn’t particularly methodical or organised to begin with, but it was sometime in the early 1990s. Several years later I received a letter from a fellow Lugosi enthusiast in America, Frank Dello Stritto Jnr., who had read one of my numerous letters in a magazine. Frank had been researching Lugosi for many years and had collected quite a bit of information on not only the 1951 tour, but also Lugosi’s two previous visits to England in 1935 and 1939. During a subsequent phone call Frank suggested that we pool our resources with the aim of writing a book. It sounded like a great idea so I agreed immediately. We then began a detailed study of the archives of newspaper and reference libraries and a systematic letter writing campaign based upon our findings. 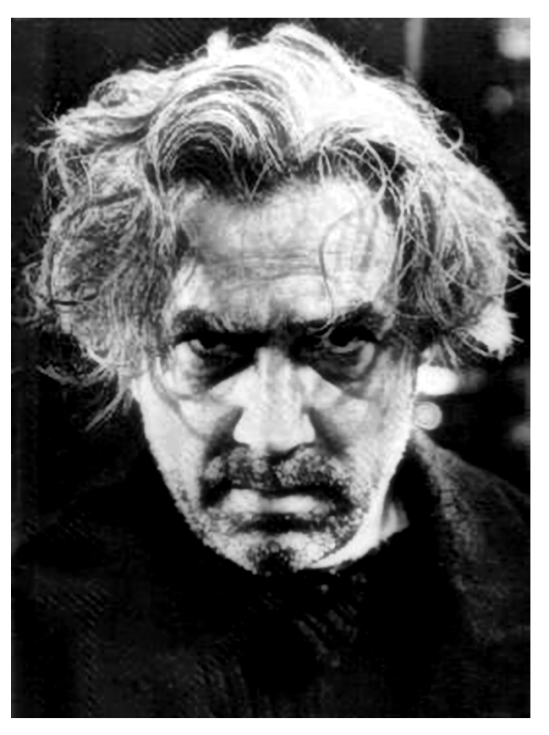 Bela Lugosi as Anton Lorenzen in Mystery of the Mary Celeste

We also decided to broaden the scope of our research. A book devoted solely to the 1951 tour would be fascinating, but only to hardcore Lugosi fans or anyone interested in British provincial theatre of the period. Therefore, we decide to not only research Lugosi’s three British movies – Mystery of the Mary Celeste (1935), produced by the fledgling Hammer Films, Dark Eyes of London (1939), Britain’s first ”H” (for HORRIFIC) Certificate movie, and Mother Riley Meets the Vampire (1951), but to expand the scope of the whole project. The finished book would be a biography of Lugosi’s whole life with his British work as its centrepiece. 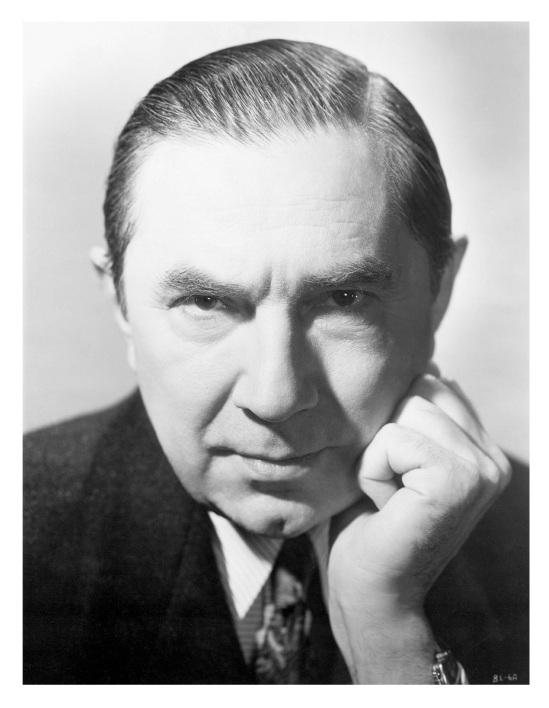 During the course of our research, we were able to trace and meet not only stage and film actors and technicians who worked with Lugosi during all three of his visits to England, but also many theatregoers who saw the play and met him. Sadly, many of those people have since passed away. We were very fortunate to have met them and we feel privileged that they shared their precious memories with us, most of which had never been previously recorded.

Upon its publication in 2000, the book was met with universal critical praise. A source of pride for Frank and I is that it has now become a standard work of reference not only for fans, but also for fellow Lugosi biographers and film historians. It was satisfying to be able to correct so many misconceptions about Lugosi’s final British tour, particularly those which had besmirched the professional and personal reputations of the cast of the Dracula tour. Unbeknownst to them, they had been portrayed as incompetent amateurs for fifty years by writers who had accepted the myth of the disastrous tour as fact.

Some of the most vital information came from members of the public who saw Lugosi perform in the play or met him backstage or at public appearances. Their reminiscences proved invaluable in expanding our knowledge of this period of Lugosi’s life and our understanding of the man himself. Many of those people became friends and we corresponded regularly until they passed away. It was very moving to be told by their sons and daughters that copies of our book had become treasured family heirlooms. 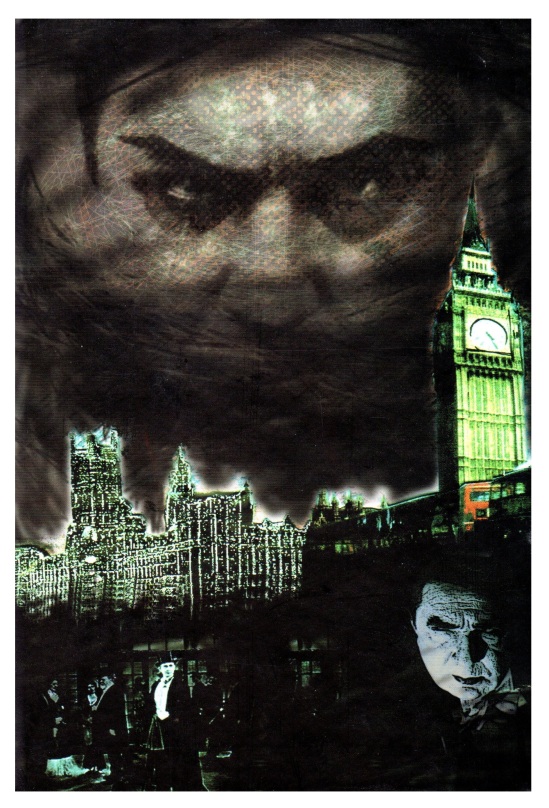 Original artwork for the cover of Vampire Over London: Bela Lugosi in Britain by Haig Demarjian

Although Frank and I communicated regularly by phone, letter and e-mail during the period of our research, living on opposite sides of the Atlantic Ocean meant that we didn’t meet. When Frank’s work took him to Scotland for a few years we decided, rather romantically, that, although we could now easily meet each other, we wouldn’t until the book was finished. After the book was published we didn’t find any opportunity to meet. With my move to Tokyo in 2006, the prospect of us meeting seemed to have receded even further. I was therefore surprised to receive an e-mail from Frank in 2007 saying that he would be in Tokyo on business for one night. And so, in the unlikely setting of a Tokyo hotel, we finally met and shared our recollections of our extraordinary adventure.

A new vastly expanded and updated second edition of Vampire Over London: Bela Lugosi in Britain was published by Cult Movies Press in 2015. To order a copy, please contact Frank Dello Stritto at fdellostritto@hotmail.com 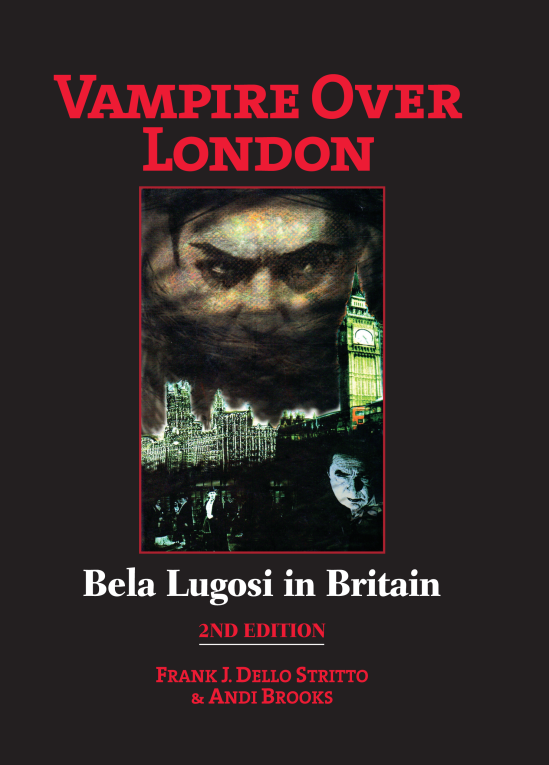 Reviews For Vampire Over London: Bela Lugosi In Britain

“Vampire Over London, which is beautifully produced and of a quality we seldom see today, is a model of documentation and informed and entertaining writing. I was so fascinated by it that I gave up virtually an entire weekend to read it. I cannot claim to be a big fan of Bela Lugosi, but the authors’ enthusiasm, clarity and intelligence were such that I was mesmerized as much as any of Dracula’s victims. A magnificent book.”

“In this impressively researched book the authors’ combined sense of detail is remarkable…Dello Stritto and Brooks cover the six months of the touring company with three-dimensional clarity…you can almost smell the cigars Lugosi smoked while standing in the wings.”

“Just when you thought everything that could possibly be written about the classic horror stars had already seen print, along comes the fascinating Vampire Over London. It’s an admirable book, written by that rare breed – film historians who actually know how to write…it’s essential.”

“This tremendous new volume manages to offer a wealth of new information! A must for Lugosi fanatics…the authors have done their research on this subject, and the result is the final word on this portion of Lugosi’s life…It’s a humorous, informative and often touching tribute to a little known slice of Bela’s life.”

“Genre cinema historians Frank Dello Stritto and Andi Brooks perform an invaluable service for Bela Buffs. Their painstakingly researched tome is a book no self-respecting Lugosi lover can afford to be without.”

“An indispensable tome…exhaustive…Physically, the book is as impressive as the research and writing…will quickly become a collectors item.”

“…a remarkable book…a carefully researched work of scholarship with a concern for accuracy usually reserved for much weightier subjects.”

“A superb piece of literature! I think Bela must be resting in peace at long last in his satin-lined coffin.”

“A really splendid piece of research, it has to be definitive.”

“It is a wonderful epitaph for a very special person.”

6 responses to “Vampire Over London Bela Lugosi In Britain: The Story Of The Book”