Although some sources claim this show was broadcast on October 27, 1953, contemporary listings do not cite Lugosi, alongside co-stars Lon Chaney, Jr. and Maila Nurmi in the guise of horror hostess Vampira, as appearing on the Halloween show. Maila Nurmi later recalled the show as taking place in “about June of ’54,” which is borne out by an article in The Los Angeles Times from June 15, 1954

The release of this episode on the DVD boxset The Red Skelton Show: The Early Years, 1951-1955 laid to rest the longstanding claims that Lugosi floundered when Skelton deviated from the script to ad-lib. Lugosi, as Professor Lugosi, actually delivered a strong performance and demonstrated good comic timing. 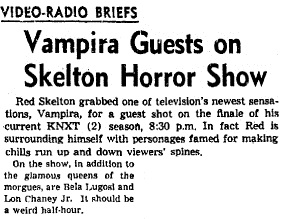 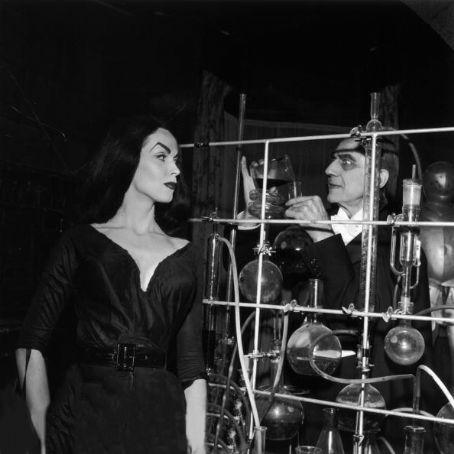