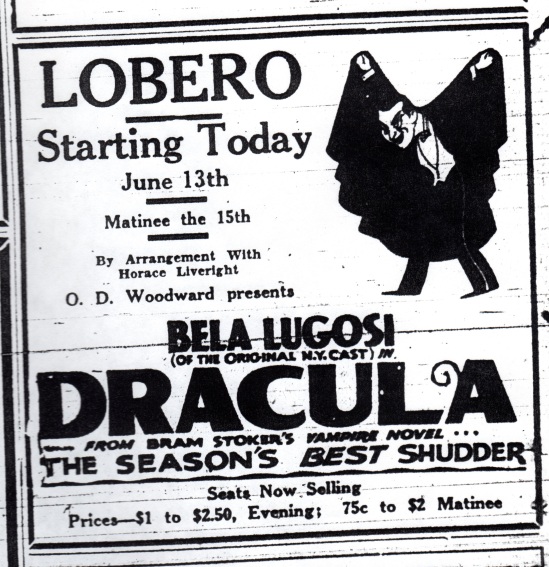 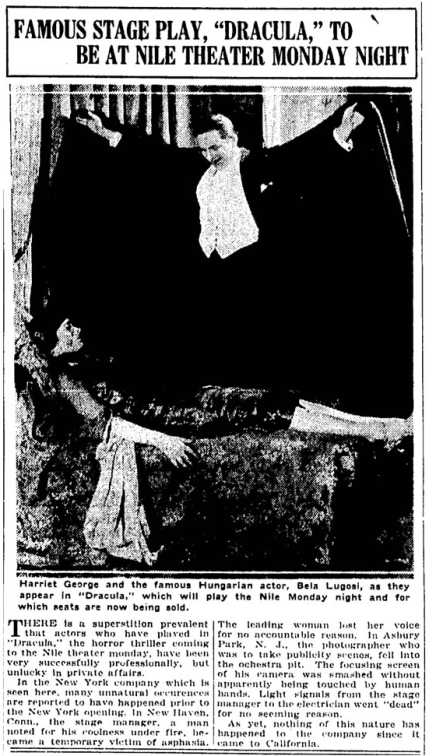 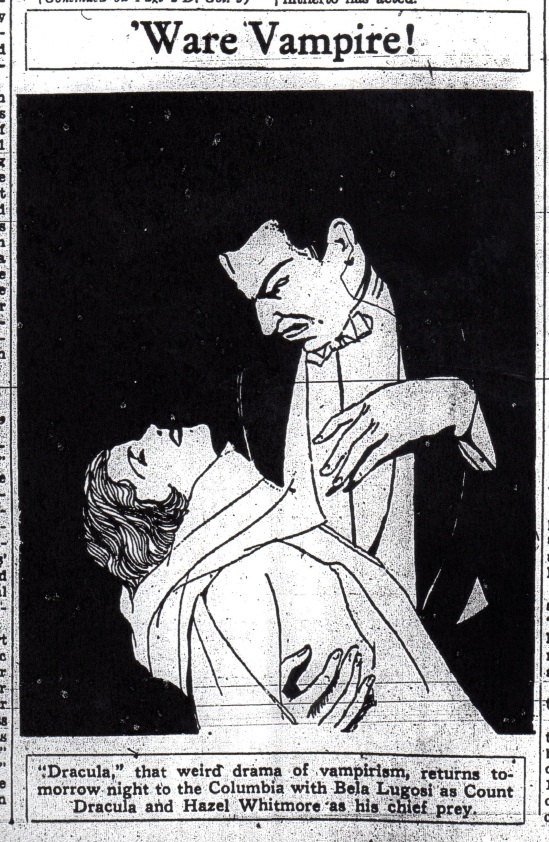 ‘DRACULA’  AT THE COLUMBIA

Thrills, shudders and gasps of surprise will be in order beginning this evening when “Dracula” opens at the Columbia on a return engagement.

Virtually the same company is seen in the production as was here last year, with Bela Lugosi, the Hungarian actor, and Hazel Whitmore again in the leading roles.

“Dracula” is taken from the world-famous novel by Bram Stoker and it has made a tremendous success as a play and as contribution to contemporary literature. It is being produced on the Pacific Coast by O.D. Woodward.

The story revives the vampire legend. The superstition that certain people who have lived evil lives become earthbound at death and have power to roam the earth at night preying upon humans from whom they suck their lifeblood, has become the theme of several of the latest tales of fiction.

Lugosi plays the part of the Count Dracula, dead five hundred years, who comes to England to victimize an aristocratic British family. Miss Whitmore is cast in the role of the pretty young daughter in the family who is selected by the villainous count for his evil practices. 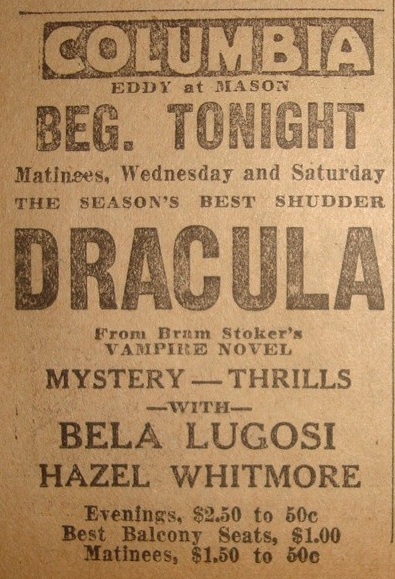 From the collection of Tracey Allan.

‘Ware the vampire, Bela Lugosi, fearsome figure in “Dracula,” which opens at the Columbia tonight.

‘Don’ts’ for ‘Dracula’; It Opens Tonight

O.D. Woodward, producer of “Dracula,” the shudder play, which opens a return engagement tonight at the Columbia, is considering putting the following list of “don’ts” in the theatre for the more timid ones:

Don’t nudge your neighbour when anything unusual happens.

Don’t get panicky if a patron faints – it happens nightly.

Don’t move in the dark.

Don’t call for the nurse until you actually swoon. 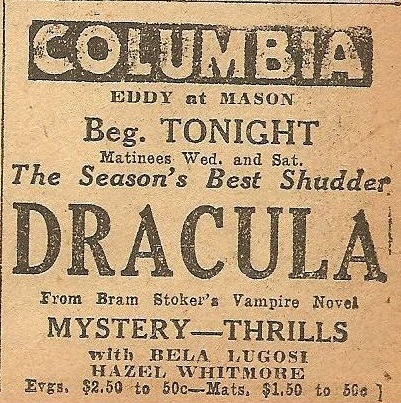 From the collection of Tracey Allan. 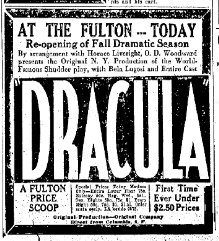