WALTER WINCHELL (Mirror) notes some Faces About Town: “Bela Lugosi, the cine-meanie buying an ice cream cone for a tot (who dropped hers) on Central Park South.” 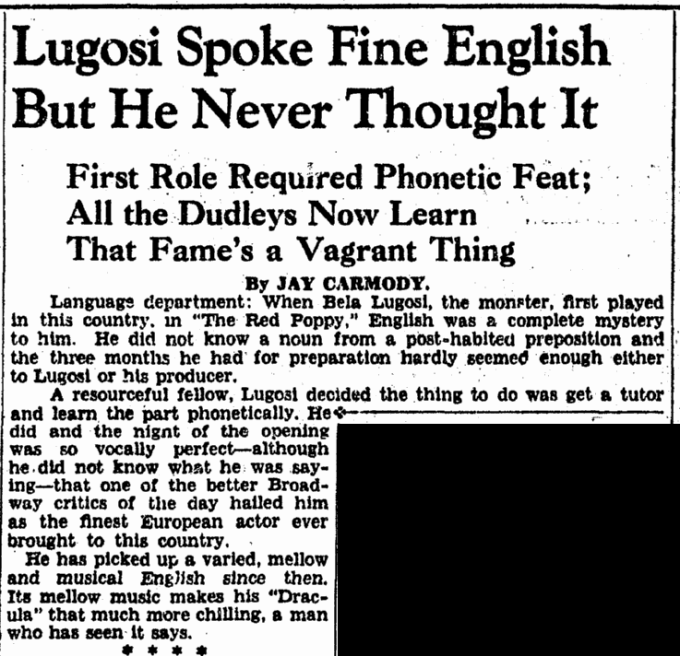 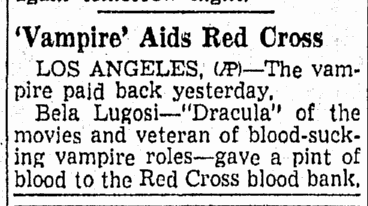