Mrs. Arch said Lugosi and her daughter had been keeping company for two years, but she was unaware of their plans to elope. The romance of the screen actor and his bride, a slender brunette who also is an accomplished singer, was born at parties at the Magyar Athletic Club, where Miss Arch’s father serves as president and manager of the club’s athletic teams.

Both Lugosi and his bride are of Hungarian descent. The creator of the screen role of “Dracula,” before becoming an American citizen two years ago, was an Hungarian subject, the son of Baron Lugosi, whose ancestral estates are at Lugos, Hungary.

Lugosi’s former wife was Mrs. Beatrice Weeks, San Francisco, who lived with him only four days. Mrs. Weeks obtained a divorce at Reno.

Bela Lugosi, Hungarian actor known for his role of Dracula on stage and screen, is shown with his bride, 21-year-old Lillian Arch of Los Angeles, a beauty of Hungarian descent. They are living in Hollywood. (Associated Press Photo.) 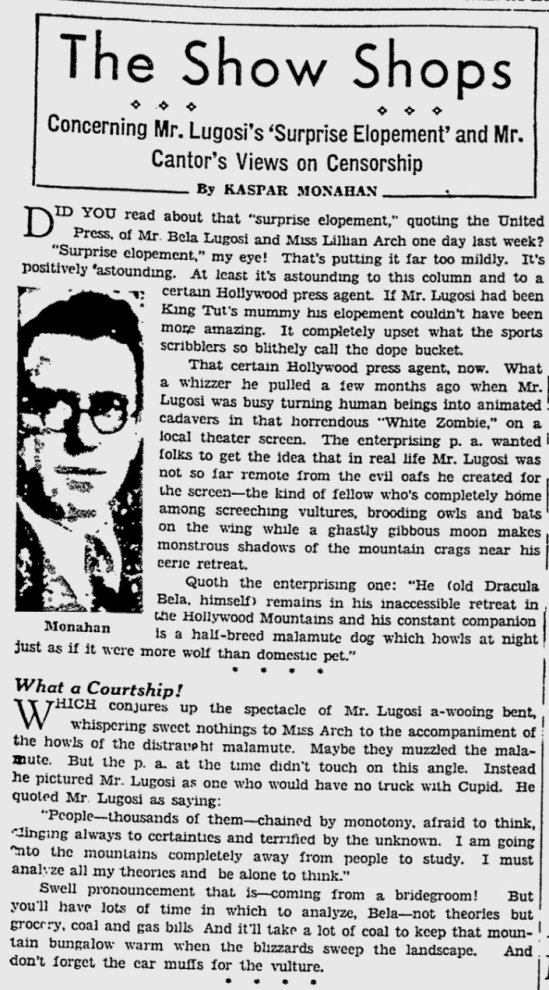 DID YOU read about that “surprise elopement,” quoting the United Press, of Mr. Bela Lugosi and Miss Lillian Arch one day last week?

“Surprise elopement,” my eye! That’s putting it far too mildly. It’s positively astounding. At least it’s astounding to this column and to a certain Hollywood press agent. If Mr. Lugosi had been King Tut’s mummy this elopement couldn’t have been more amazing. It completely upset what the sports scribblers so blithely call the dope bucket.

That certain Hollywood press agent, now. What a whizzer he pulled a few months ago when Mr. Lugosi was busy turning human beings into animated cadavers in that horrendous “White Zombie,” on a local theater screen. The enterprising p.a. wanted folks to get the idea that in real life Mr. Lugosi was not so far remote from the evil oafs he created for the screen – the kind of fellow who’s completely home among screeching vultures, brooding owls and bats on the wing while a ghastly gibbous moon makes monstrous shadows of the mountain crags near his eerie retreat.

Quoth the enterprising one: “He (old Dracula Bela, himself) remains in his inaccessible retreat in the Hollywood Mountains and his constant companion is a half-breed malamute dog which howls at night just as if it were more wolf than domestic pet.”

WHICH conjures up the spectacle of Mr. Lugosi a-wooing bent, whispering sweet nothings to Miss Arch to the accompaniment of the howls of the distraught malamute. Maybe they muzzled the malamute. But the p.a. at the time didn’t touch on this angle. Instead he pictured Mr. Lugosi as one who would have no truck with Cupid. He quoted Mr. Lugosi as saying:

“People – thousands of them – chained by monotony, afraid to think, clinging always to certainties and terrified by the unknown. I am going into the mountains completely away from people to study. I must analyze all my theories and be alone to think.”

Swell pronouncement that is – coming from a bridegroom! But you’ll have lots of time in which to analyze, Bela – not theories but grocery, coal and gas bills. And it’ll take a lot of coal to keep that mountain bungalow warm when the blizzards sweep the landscape. And don’t forget the ear muffs for the vulture.

Bela Lugosi, star of “Dracula,” “The White Zombie” and other horror pictures, eloped with Lillian Arch to Nevada. 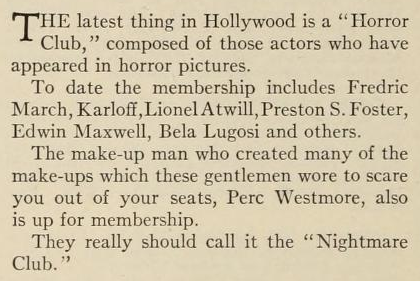 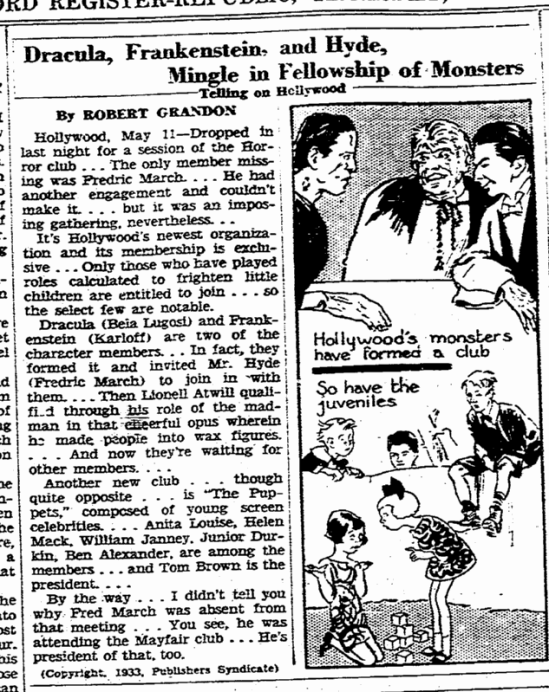 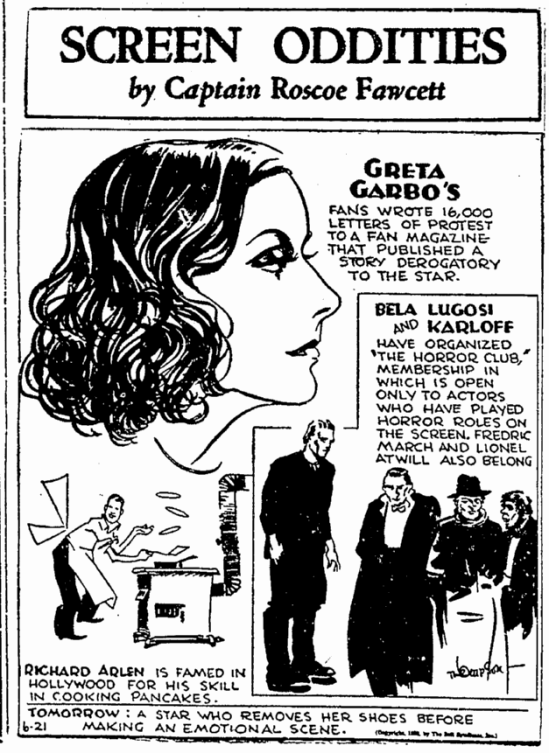 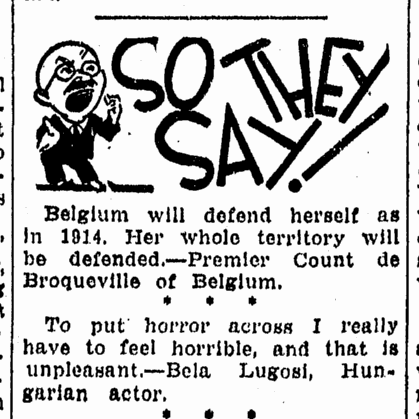