Based on The Black Cat by Edgar Allan Poe 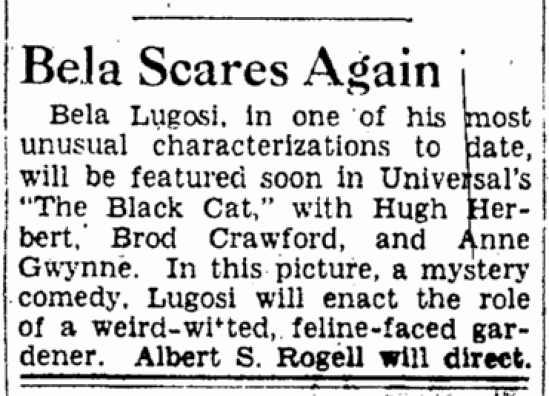 The Rialto is following tradition this week in celebrating a quarter of a century of purveying movies to the public with a new screen-and-squeal item. “The Black Cat,” a comedy thriller suggested by a Poe-short story. “The relationship between the two is microscopic. A tale more slow than sinister, it has all the ingredients of conventional horror melodrama. What with four murders, a score of sliding panels and all the other necessary macaber settings, the horror generally fails to chill. Blame it on the stock plot, which is concerned with the machinations of many relatives and retainers to gain control of the estate of an aged ailurophile, who is murdered early in the picture. 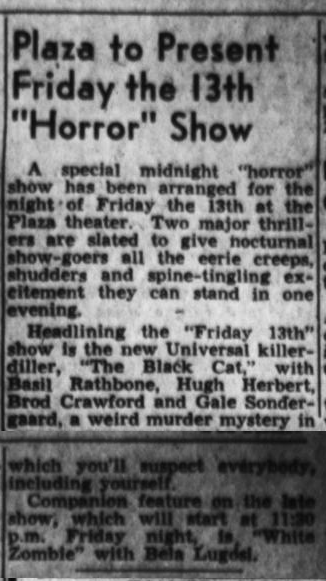 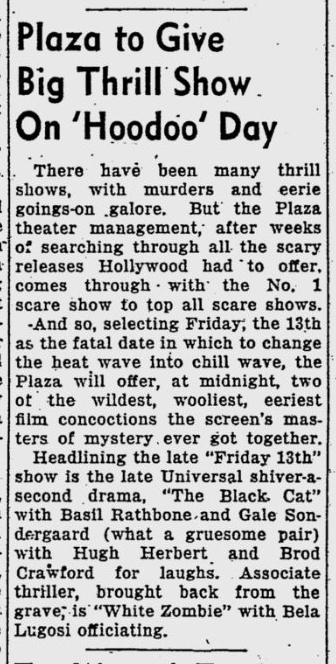 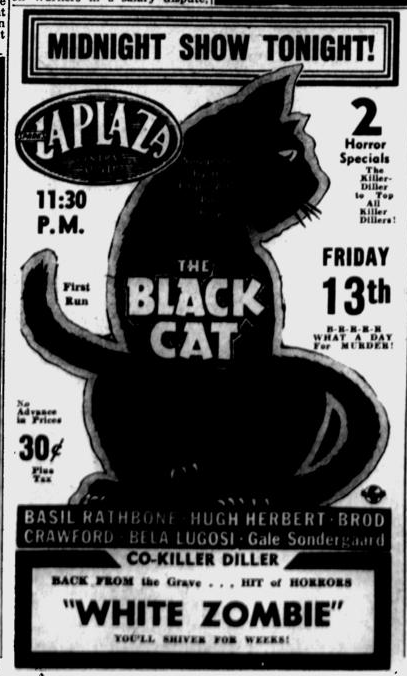 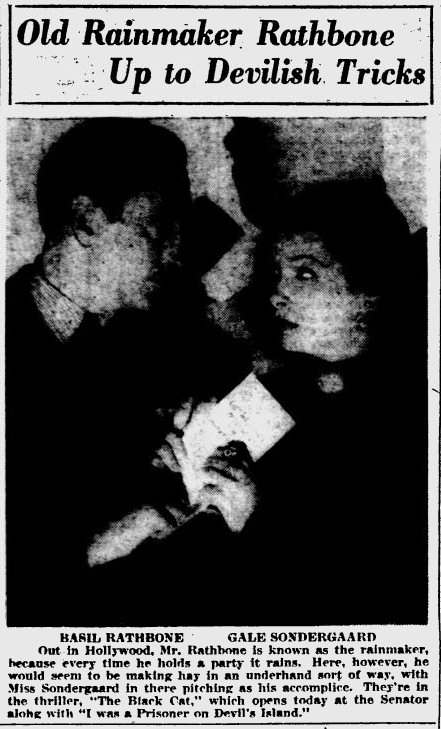 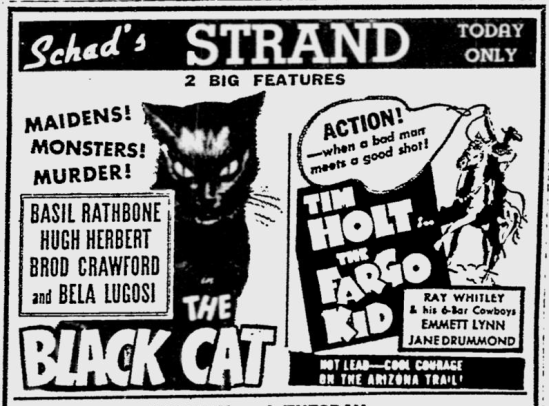 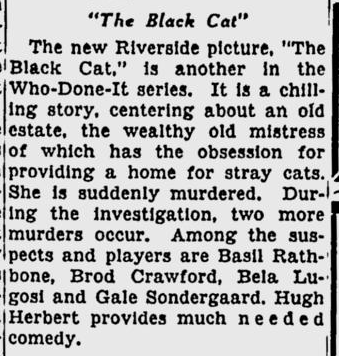 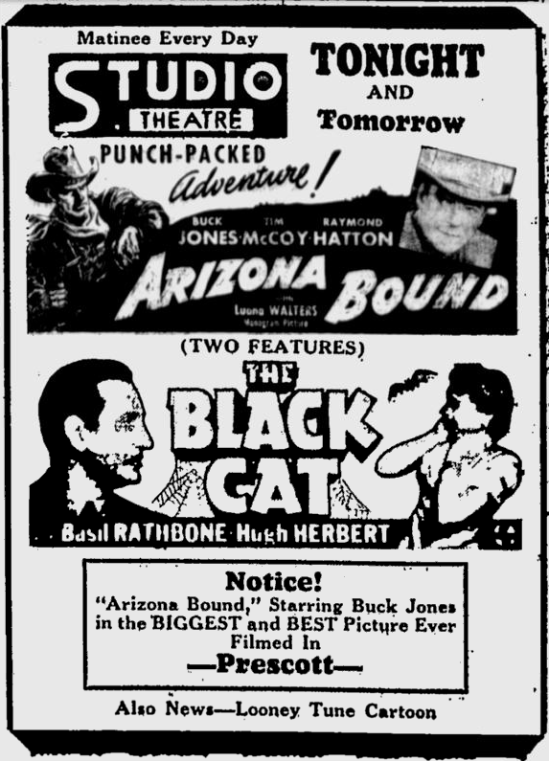 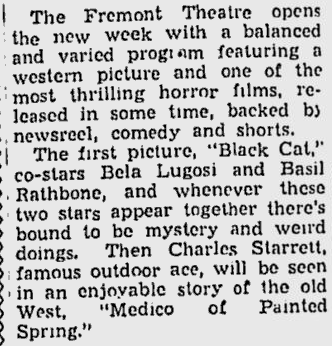 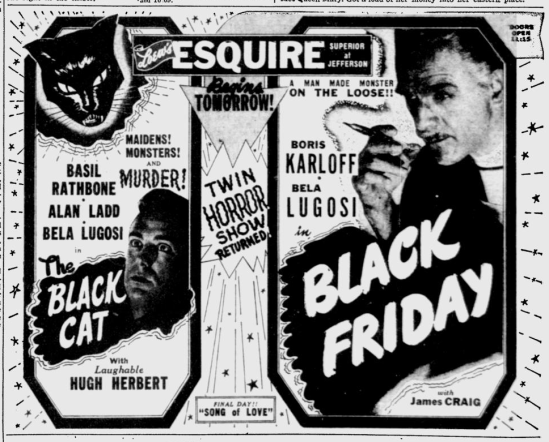 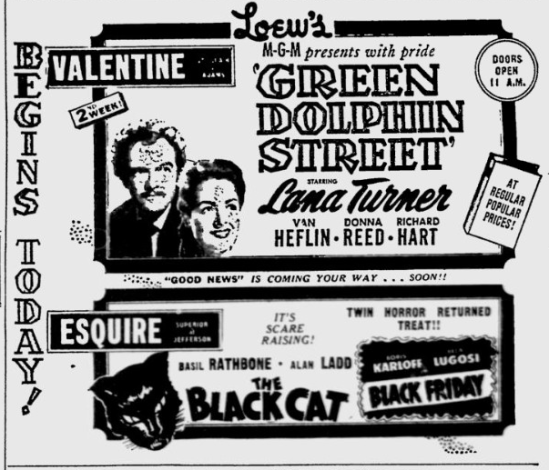 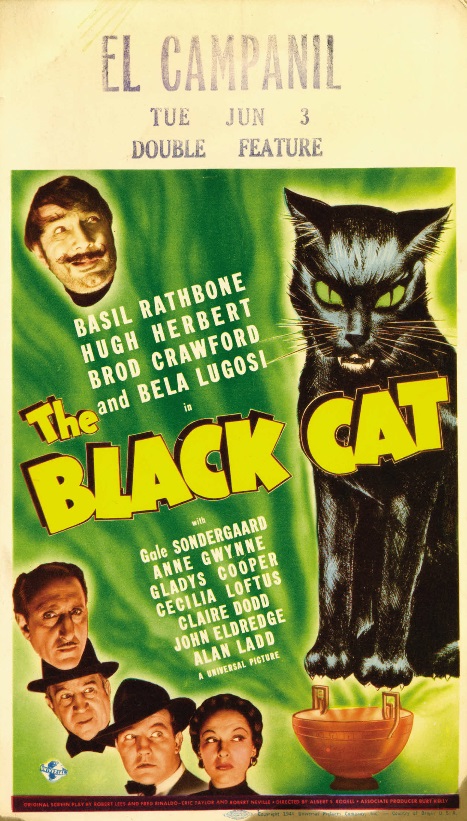 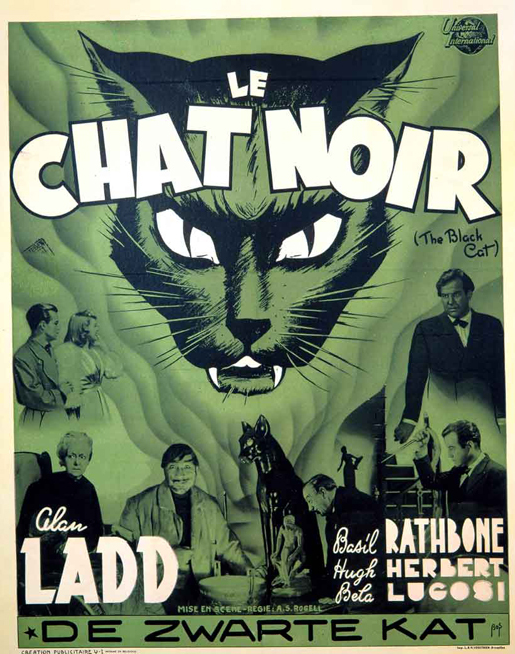 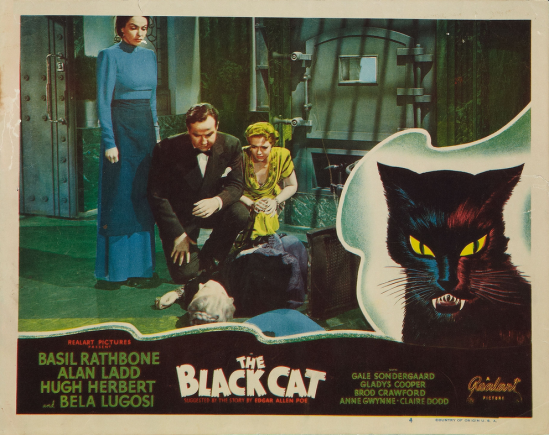 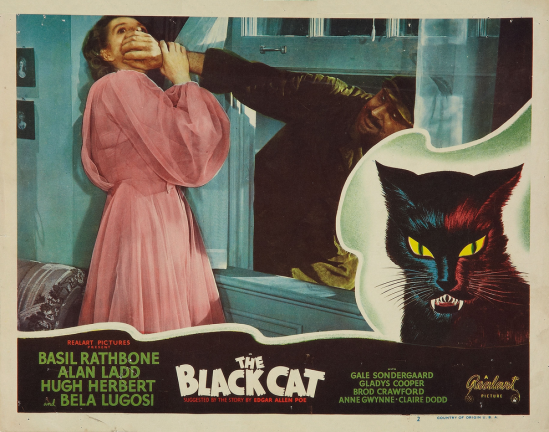 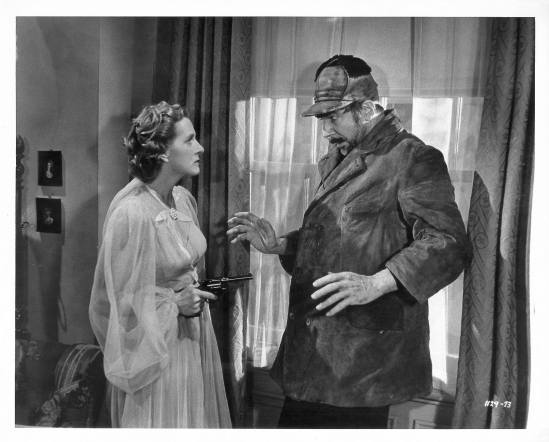 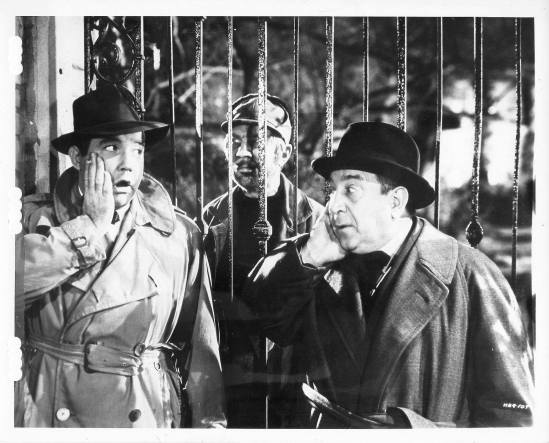 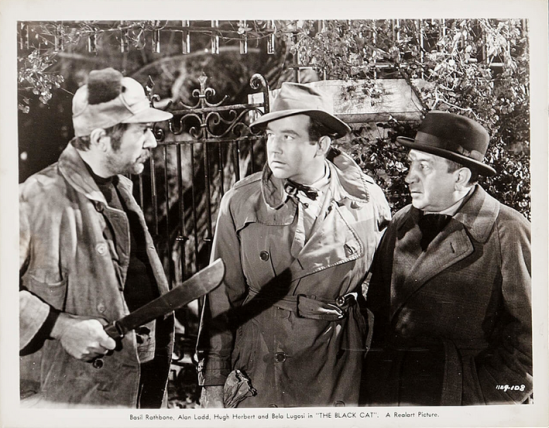