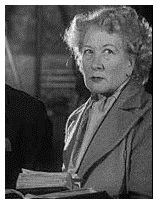 Born in 1903, Tilly Day worked on over 300 British films during her long career. She joined the film industry as a secretary at the Wood Street Film Studio in Walthamstow in 1917 at the age of 14 after secretly answering an advertisement in the local newspaper. Despite their initial disapproval, her parents relented and allowed Tilly to accept the position, knowing full well that once Tilly had set her mind on something it was pointless trying to dissuade her.

The studio specialized in making commercials for household goods such as dog biscuits, toilet soap and hand cream. Tilly’s secretarial duties soon expanded and included everything from being a hand model in commercials, assisting the cameramen with trick photography, and continuity, which became the role with which she is most associated. After the Wood Street Film Studio went out of business, she worked for several film companies including the Stoll Film Company, Twickenham Studios, Rank and, most famously, Hammer Studios.

Tilly didn’t receive her first screen credit until 1935, when she work as continuity girl on Hammer’s Mystery of the Mary Celeste. During the location filming off the coast of Falmouth Tilly and her colleagues took a set of remarkable photographs which have rarely been seen. The photographs show the crew at work and rest aboard both the famous “Q” ship Mary B Mitchell, which stood in for the Mary Celeste, and the smaller Archibald Russell, which was used for offshore distance filming of the Mary B Mitchell and for a brief cameo appearance as another ship in the film, the Dei Gratia. The captions accompanying the photographs are Tilly’s. Please contact us if you can identify any of the crew members in the photographs. 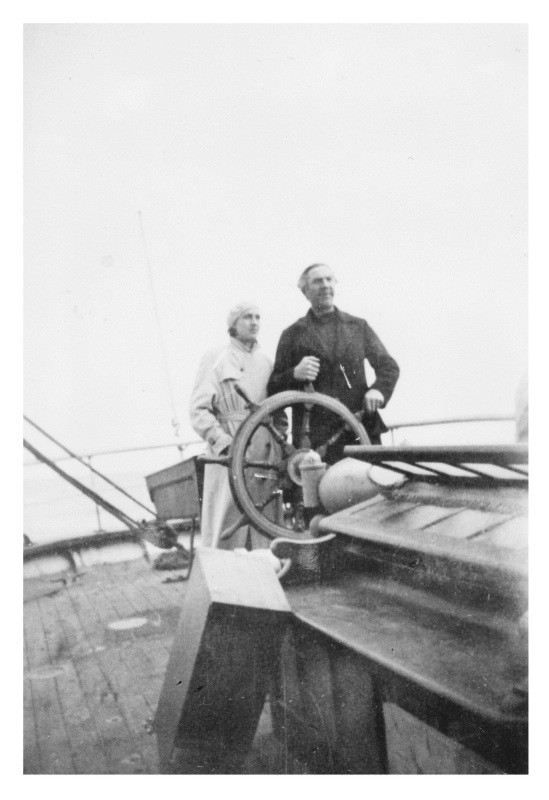 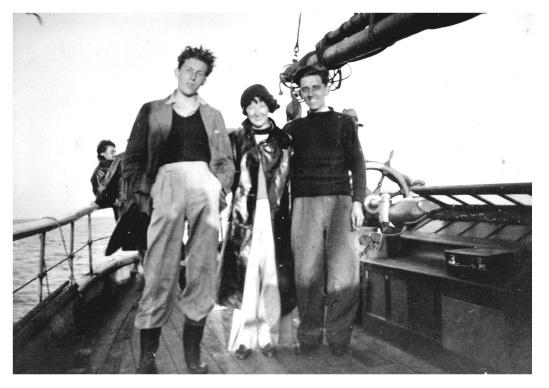 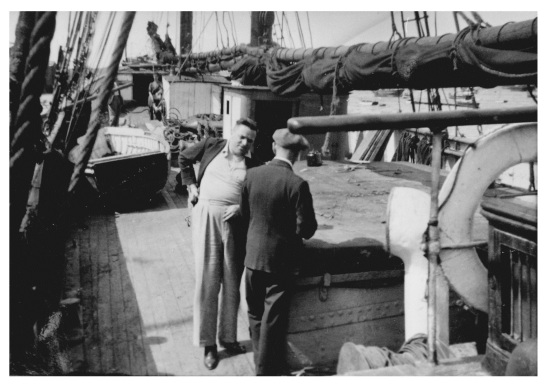 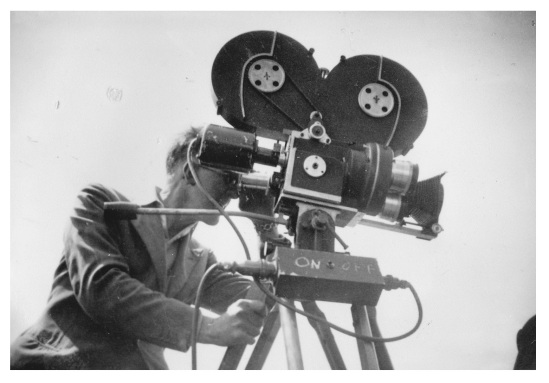 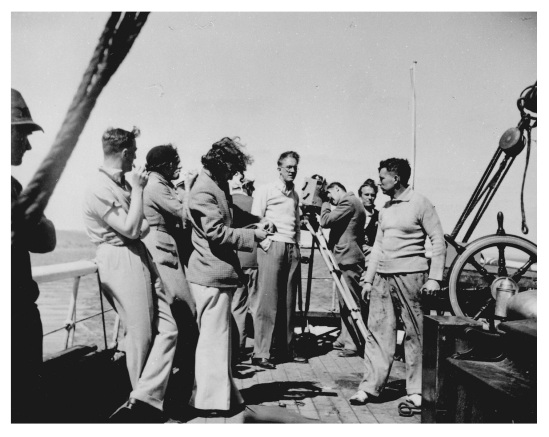 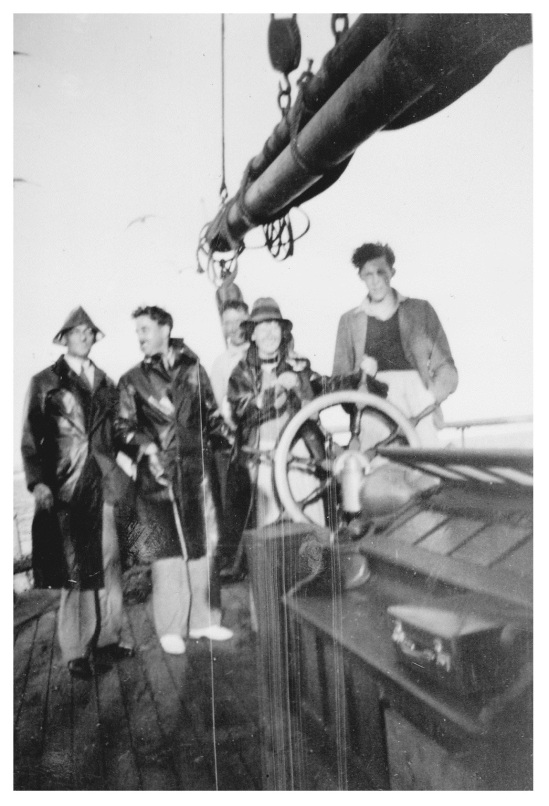 “Merry moments” (Tilly at the helm) 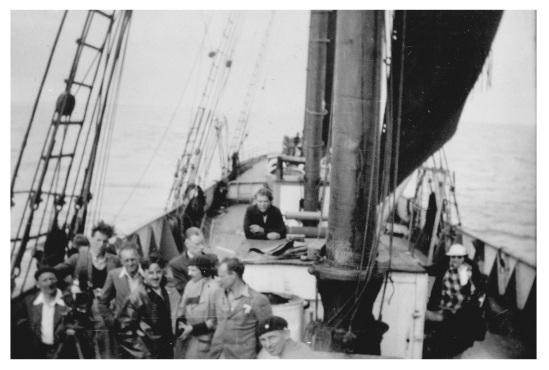 “Misty moments with some of the technicians” 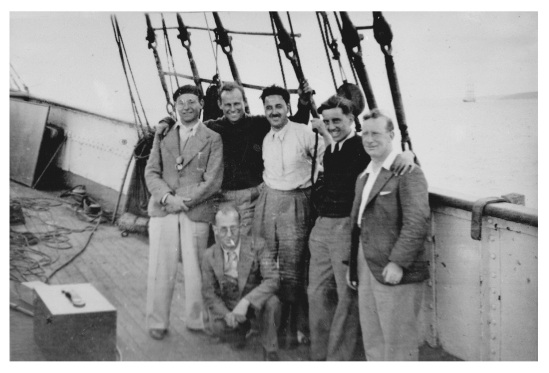 “More of the boys” 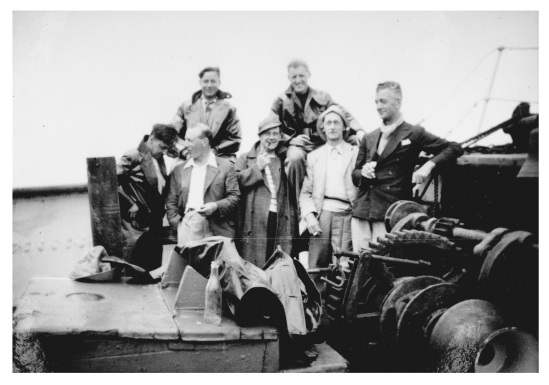 “Some of the technical staff” (left rear: cinematographer Eric Cross) 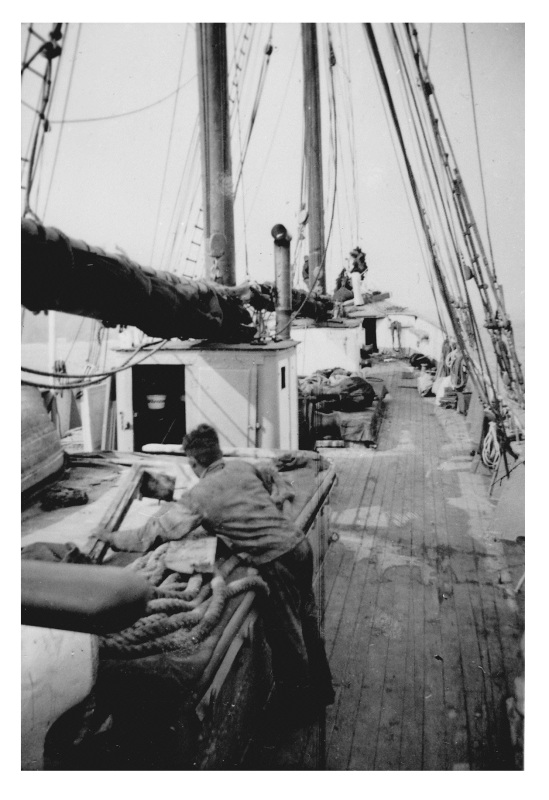 “Paddy, one of the crew” 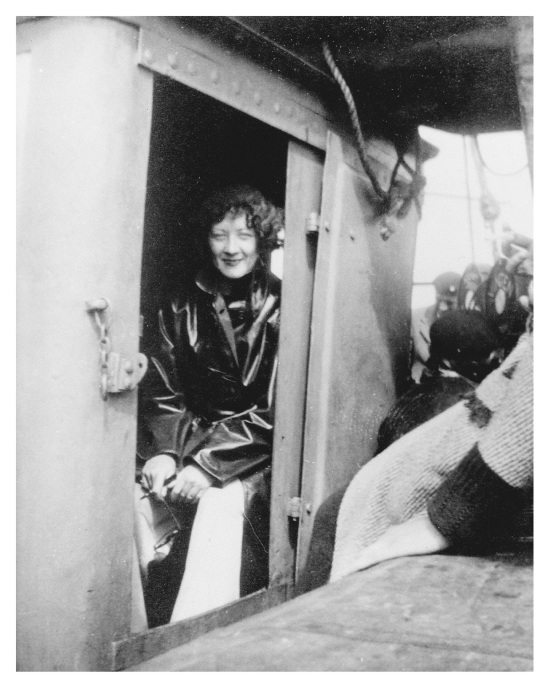 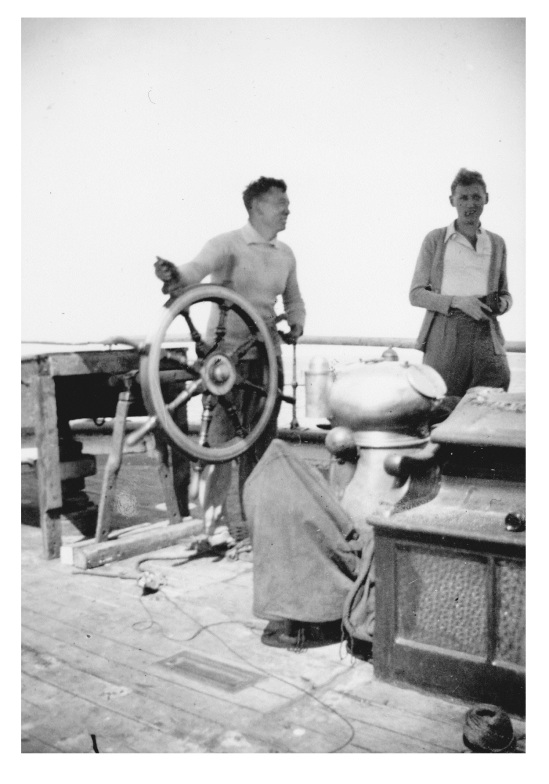 The skipper and Jack Gilling – He had to love and leave us!!” 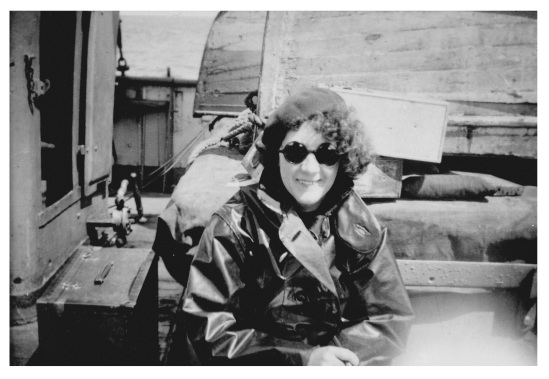 “Tilly aboard and in character” 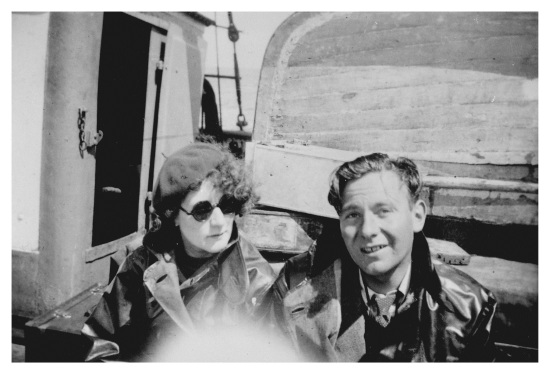 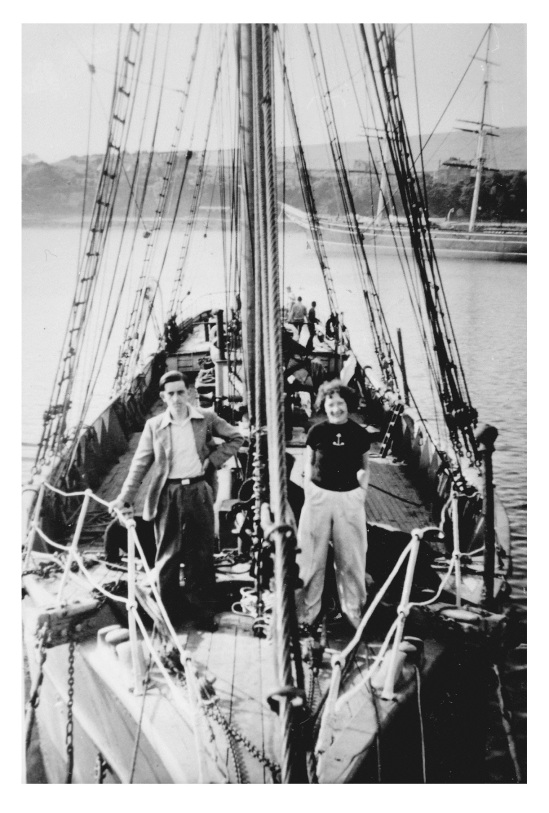 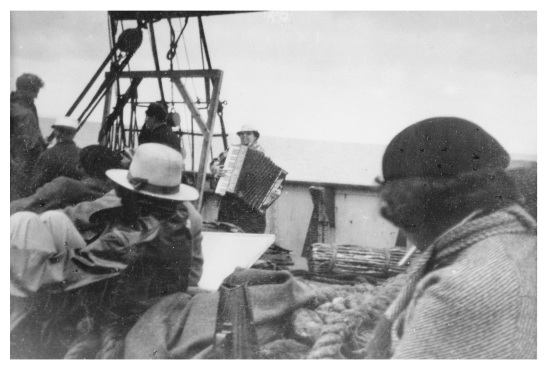 In 1985 Tilly and Hammer Studios cameraman Len Harris were interviewed by Ton Paans and Colin Cowie for the magazine Little Shoppe of Horrors. During the interview they talkedbriefly about Bela Lugosi and other members of the cast.

Tilly: I’ll always remember Bela Lugosi walking down Walton-on-Thames’ Hearst Road, and everybody’d whisper, “Look, there he comes!”, and he’d look absolutely dead-flat, totally immobile, nothing in his face! He was very tall, about 6ft 6, and somehow a rather terrifying man. He was always nice to me, though. He called me “The English Rose” and once made a pass at me. Although his English wasn’t particularly good, it wasn’t quite as bad as they say. He’d ask me to read his lines so that he could more or less copy the pronunciation, and he was really quite good at that. He was never inunderstandable.”

“To Tilly in remembrance, Bela Lugosi”

Len: I think he really tried to live his Dracula part; apparently he was buried in that cape he wore in the original film. The only time I ever saw him in person was while he was over to do the Mary Celeste film. At the old Winter Garden Theatre they were performing the Dracula stage play, and during the interval they brought him on. 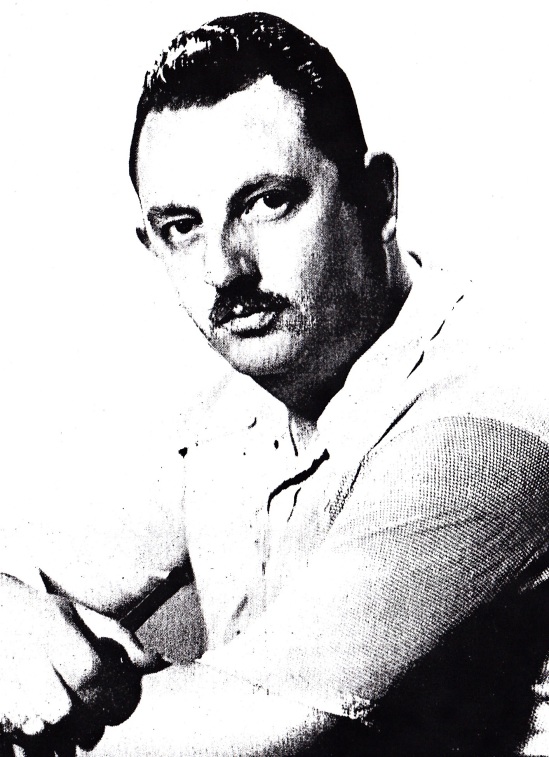 Tilly: In those days you’d work seven days a week if necessary, and no extra pay! One Sunday, after shooting, we had a great picnic on the Thames. Most of the cast were there, including co-stars Arthur Margetson, Shirley Grey and Jim Wills (Art Director J. Elder Wills). Now, Jim was terribly in love with Shirley, and had brought a huge wicker basket with food and champagne for them to share on his little boat on the river. Then he saw another boat pass him by on the Thames, and Shirley was on it with Arthur Margetson! He was absolutely furious and, screaming at the top of his voice, flung his basket into the Thames! We all felt sorry for him. Shirley and Arthur got married, eventually; his fourth and her third marriage. 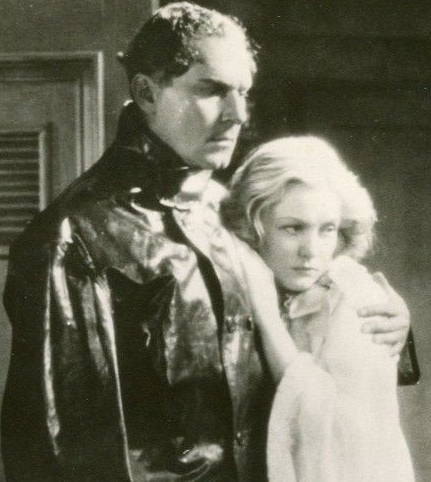 Arthur Margetson and Shirley Grey in a scene from

Mystery of the Mary Celeste

Bela Lugosi and his wife Lillian did not attend the picnic. When I asked Mystery of the Mary Celeste cinematographer Eric Cross about Tilly and the incident during the picnic, he said, “She and I worked on many films and I very much regret that I was going to see her and looked up her address in Wembley, near the Town Hall, and never made it – Dear Tilly, always smiling – ‘The road to Hell is paved with good intentions’. I didn’t attend the picnic. J. Elder Wills was a great friend of mine from way back at B.I.P. Elstree. He was a most versatile man – could draw with both hands at once, and a great mimic. I can’t imagine him screaming at anyone, very unlike him. I once stole his girlfriend at Wembley and no ‘screamin’ ensued – but he was upset – and we remained friends and when he directed Sporting Love (Hammer, 1936), Song of Freedom (Hammer, 1936) Paul Robson, etc, he always chose me to photograph.” 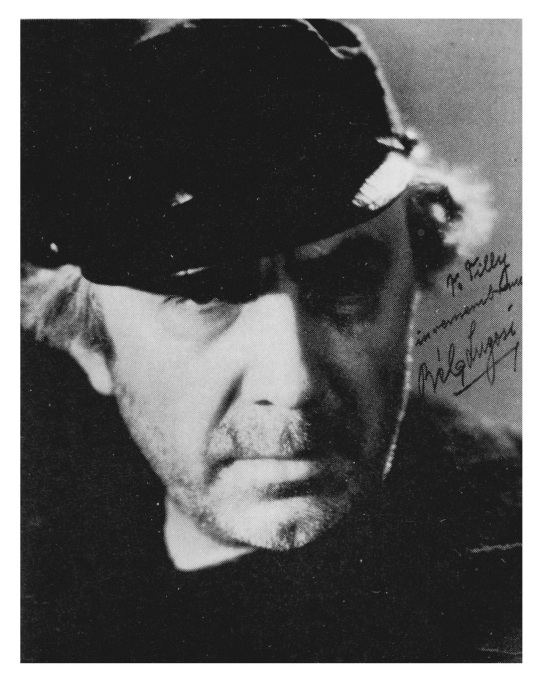 “To Tilly in remembrance, Bela Lugosi”

Tilly Day retired from the film industry at the age of 72. Her final film was the 1975 Walt Disney produced British comedy One of Our Dinosaurs is Missing. She died in 1994 at the age of 91. (Andi Brooks)

Mystery of the Mary Celeste recalled by George Mozart

Mystery Of The Mary Celeste

All back issues of Little Shoppe of Horrors have been reprinted and can be ordered from: