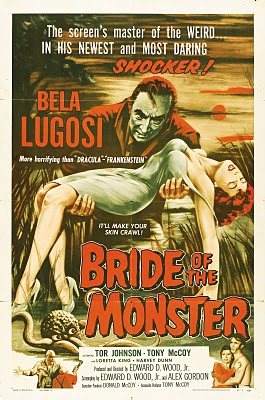 Also known as Bride of the Atom

New shivers and shudders, as well as another picture for Bela Lugosi, are assured through “Atomic Monster,” to be produced by Alex Gordon, British filmmaker in Hollywood. This Lugosi feature will go into work in six weeks. Lugosi previously appeared for producer Gordon in “Vampire Over London” which was made in England and recently did “Bela Lugosi Meets a Brooklyn Gorilla” for Broder.

Bela Lugosi, whose horror movies never matched the terrors of his 20-year fight against the dope habit, yesterday in General Hospital took a first step toward rehabilitation.

The veteran 72 year old portrayer of such characterizations as Dracula, the White Zombie and the Batman had walked into the psychiatric ward of the hospital last Thursday asking for help in his personal fight.

Yesterday the medical care he was receiving was augmented by a helping hand from the show business he has been a part of for more than 50 years.

He was told arrangements are being made for a lavish Hollywood premiere of the last movie he made, Bride of the Atom, and the proceeds will go to him. The actor was destitute when he committed himself Thursday.

And he was given the script for his next picture, The Ghoul Goes West, production of which has been postponed until Bela has recovered entirely from drug addiction and is ready to work again.

Bearer of the tidings and the script was Tony McCoy, young producer of Lugosi’s last film, who promised to hold up the shooting of his next one until Bela can star in it.

Arrayed behind McCoy when he broke the news to Lugosi were members of both cast and crew of the star’s last film from Director Ed Wood and leading players to property men and grips.

Deeply touched by the obvious respect and devotion showed by this little segment of show business, Lugosi wept unrestrainedly in his bed. In a voice choked by emotion he said:

“This is so heart-warming, such a miracle. I cannot believe it. To know that people have such faith in me is better than medicine. I will not let them down.”

“The premiere of Bride of the Atom the first week in May will be in the heart of Hollywood, Bela, with all the trimmings, lights and all,” Producer McCoy told Lugosi. “The proceeds will go into a trust fund and you will draw from it weekly.”

“I plan to shoot your next one starting June 1, but I’m putting it back until you’re able to star in it. That’ll be your comeback picture.”

“I have made up my mind now,” Lugosi said, “I had never made my mind up before to leave the drugs alone. Now that it is made up it becomes a law. I will need time in the hospital. I mean to take the time and do it right. They had me on the hook. I mean to dehook myself.”

Other players who worked with Lugosi in his last film explained why the veteran Hungarian actor star was so popular with the cast and crew.

“It was his gracious charm and his willingness to help us, said Don Nagel, Loretta King and Tor Johnson. “He was a perfect trouper all during production. We want him to the finish and we’re waiting for him to rejoin us.”

When his general physical condition improves, Lugosi will be transferred to Metropolitan Hospital in Norwalk for completion of treatment.

He has explained that he began using drugs 20 years ago because of pains he suffered in his legs and never managed to break the habit. 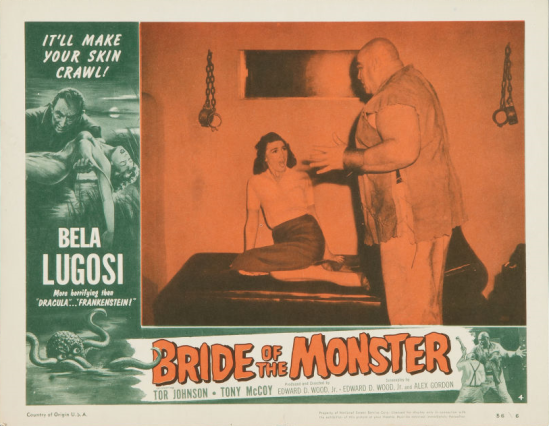 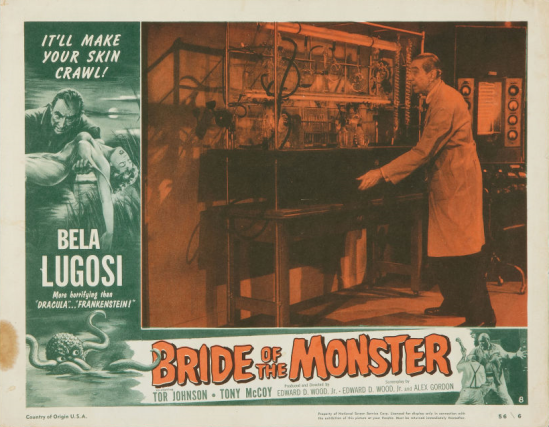 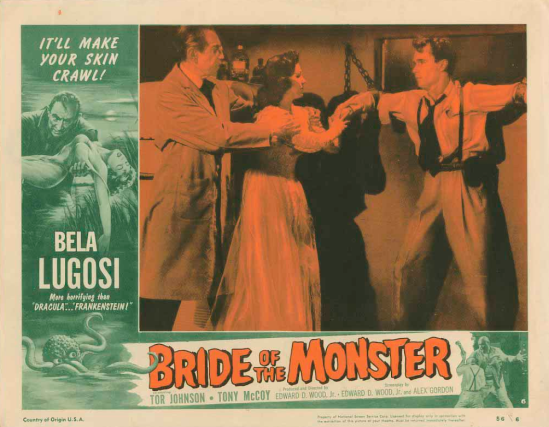 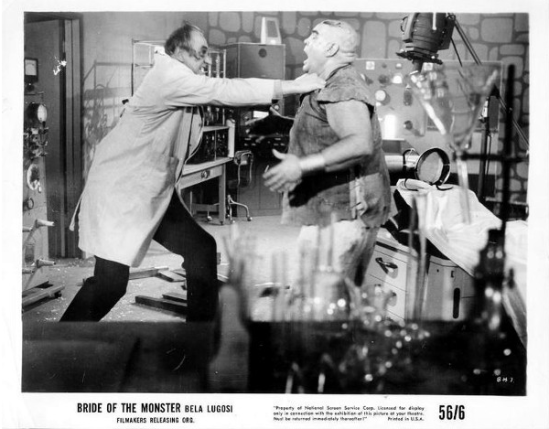 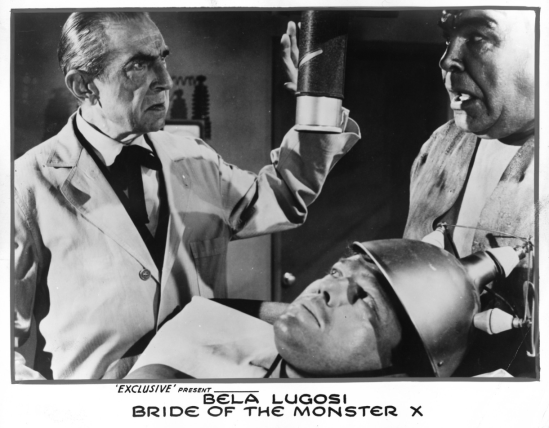