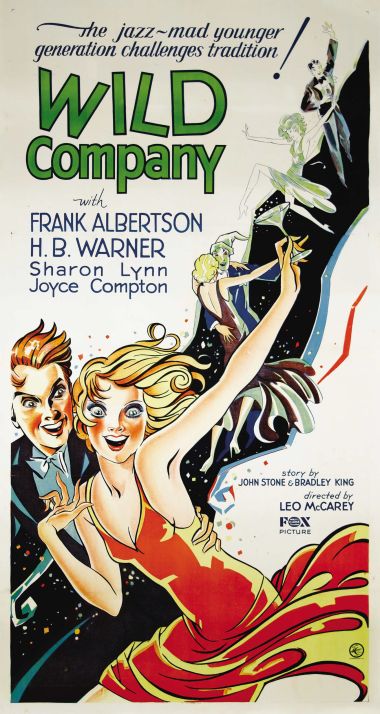 Wild Company, originally titled Road House, is the story of a rebellious young man from a privileged background who spurns his wealthy family in favour of the delights of the Jazz Age. When he falls for a gangster’s moll, he finds himself framed for the murder of a nightclub owner played by Bela Lugosi. Claire McDowell appeared again with Bela Lugosi in Murder by Television (1935) 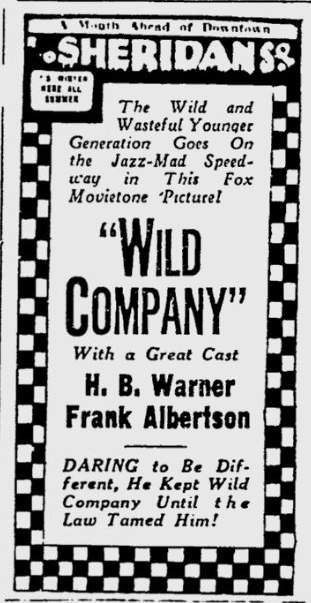 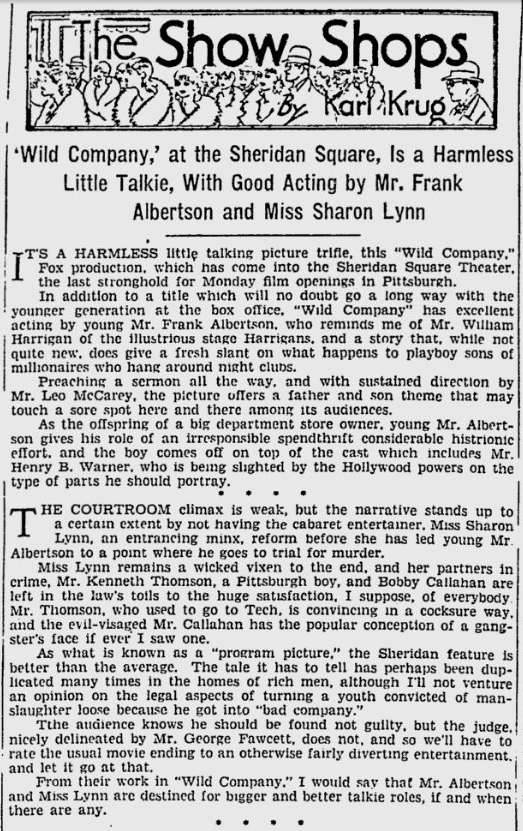 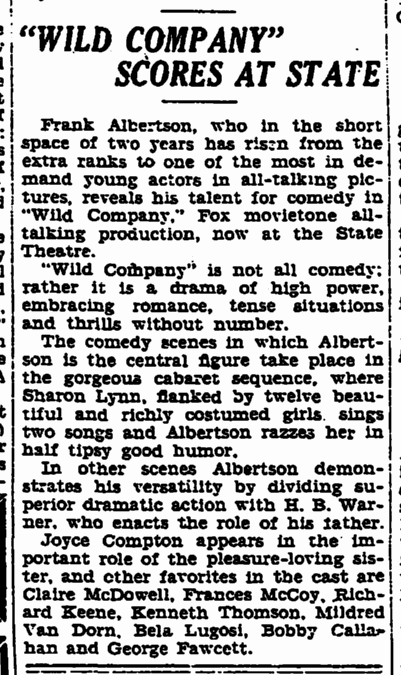 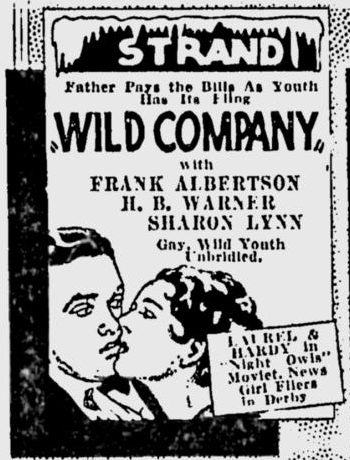 STRAND – “Wild Company is a little preachment intended primarily for the eyes and ears of modern parents.

It takes mother and dad seriously to task for the shameful behavior of modern youth. When Johnny makes a misstep that involves him with the law, not Johnny, but his incompetent ma and pa should be put behind bars. This is an outmoded theme, but it is fairly attractively served up and if it reaches the right ears it may do some good. Frank Albertson, a juvenile who is stepping right along, gives a believable picture of a wayward son. HB Warner’s father gets a bit too sloppily sentimental at the trial scene. Claire McDowell is a restrained and sympathetic mother and George Fawcett has a good bit as the sermonizing judge.

This should have been called “Sins of the Parents.” 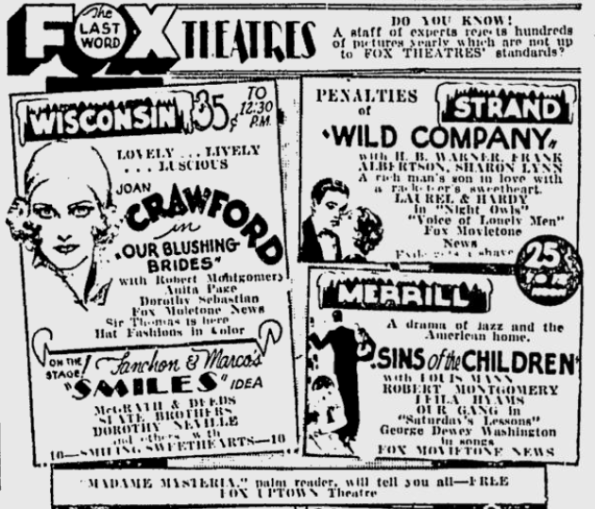 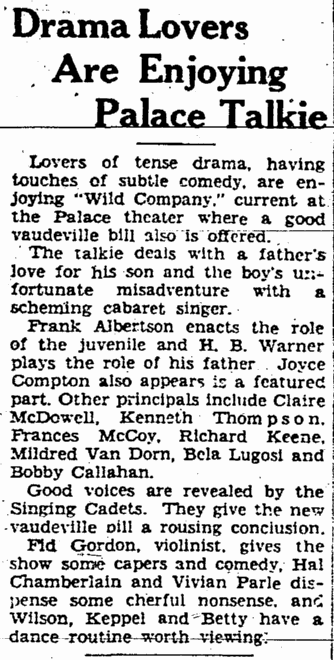 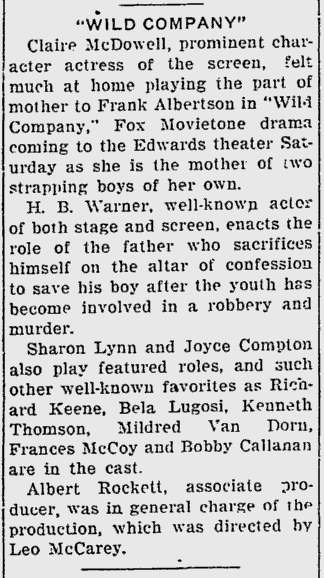 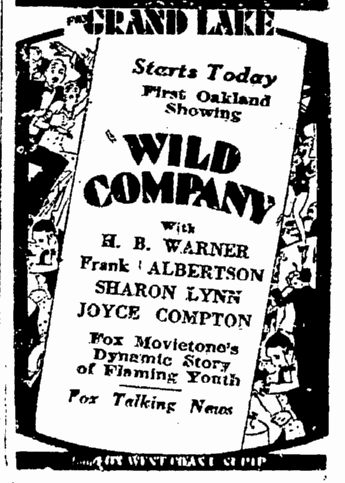 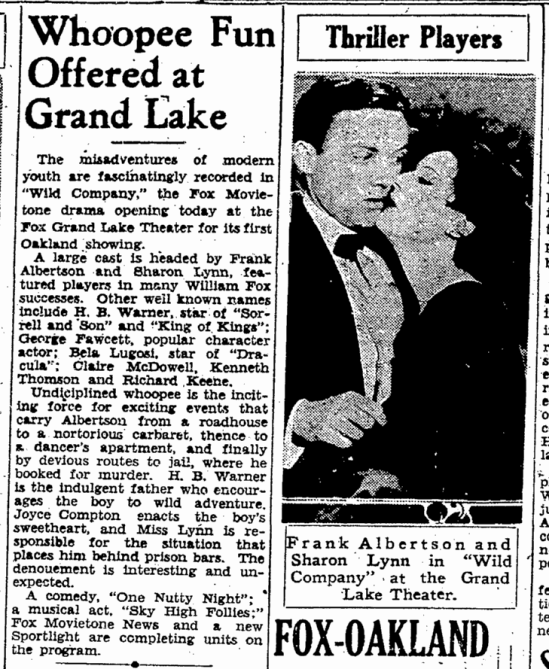 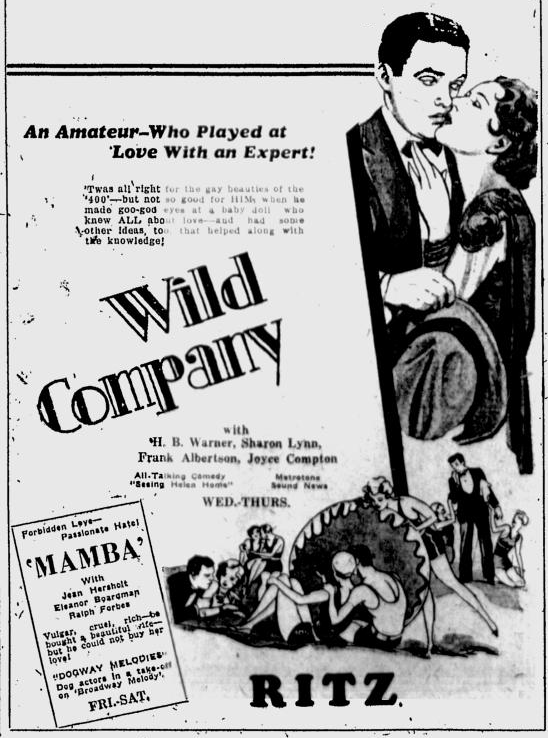 A copy of the script under the original title of Roadhouse dated April 9th, 1930 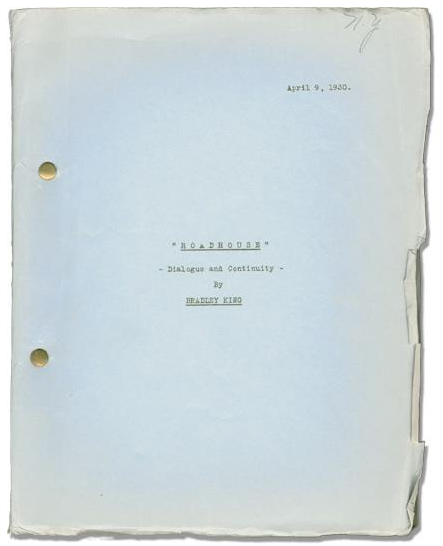 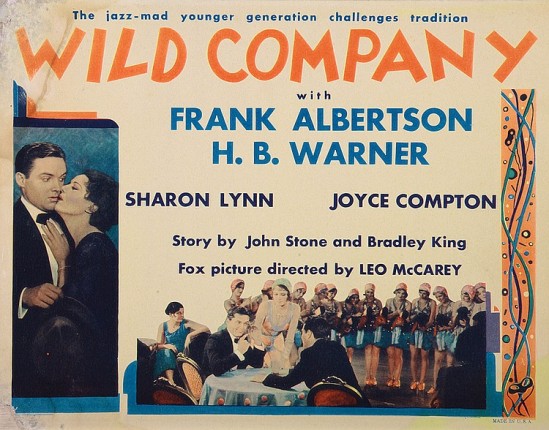 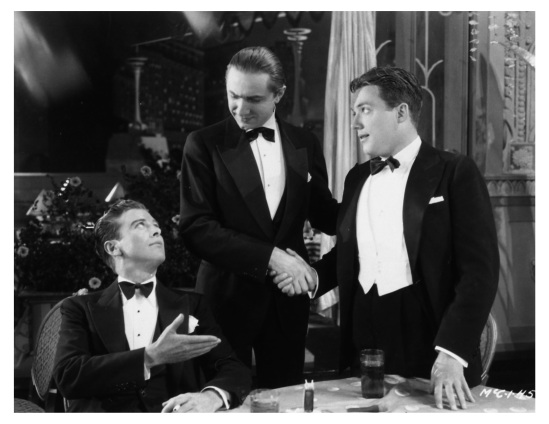 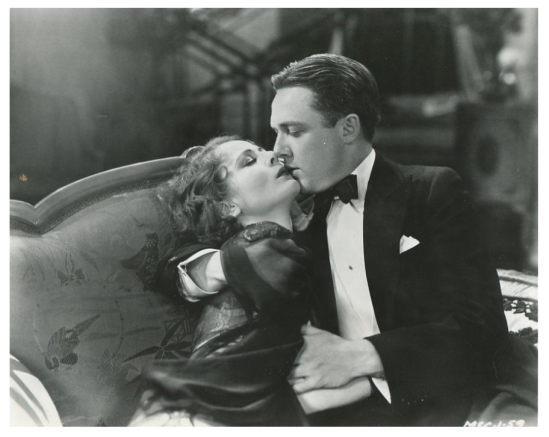 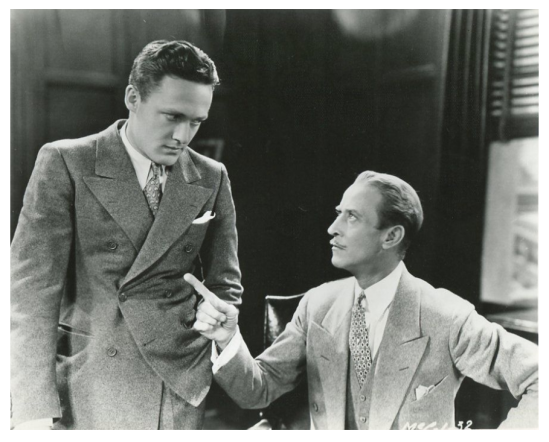 A screenshot of Bela Lugosi 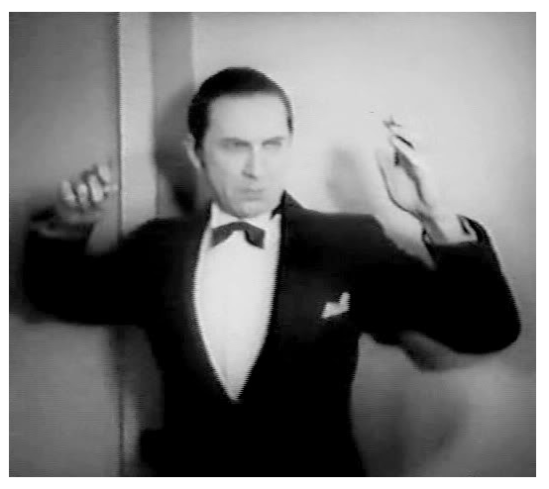