The Adventures of Ellery Queen

The Specialist in Cops

Ellery Queen is kidnapped by Nutsy Yapp who specializes in killing police officers for hire. When Yapp lets Ellery write a note to his father, the detective includes a clue to his whereabouts. As this episode’s guest armchair detective, Bela attempted to find the solution to the mystery.

Bela Lugosi, portrayer of eerie roles in the movies and on stage, is to try the armchair in the Ellery Queen Mystery on CBS at 7:30. 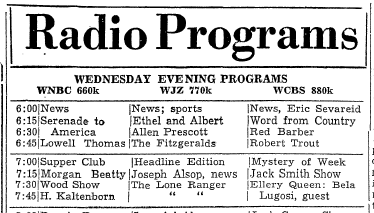 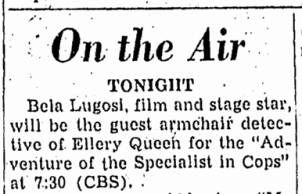