In one section of this short subject, which also featured other film stars, Boris Karloff and Bela Lugosi are shown playing chess. The winner of the game will lead the parade at the Film Star Frolic, a gala event staged at the new Gilmore Stadium in Los Angeles by the Screen Actor’s Guild from May 18-20, 1934. Eddie Cantor, then the guild’s president and master of ceremonies for the Frolic, actually led the parade. The lavish event turned out to be a spectacular failure. Out of a membership of over 3,000, only 150 members of the Screen Actors Guild attended. The S.A.G. was saved from financial ruin by personal loans from prominent members. 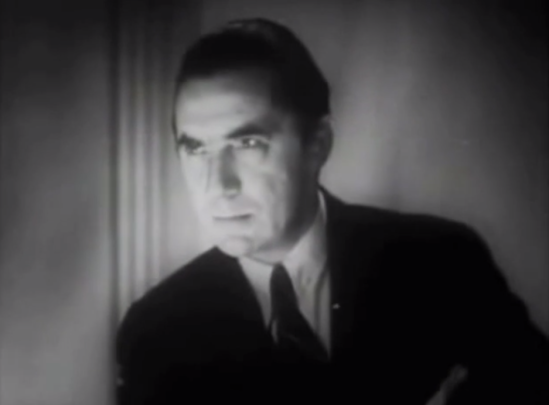 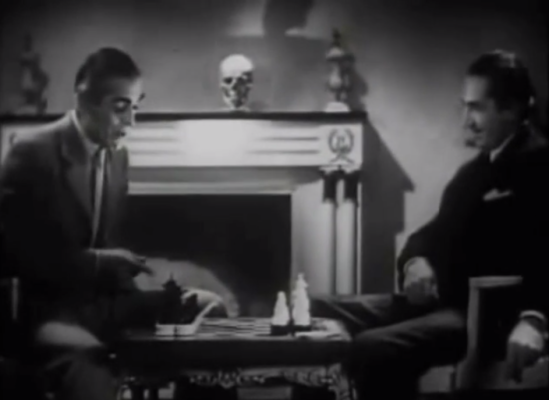