On Monday, October 21, 2019, The Academy Museum of Motion Pictures announced the acquisition of  the iconic cape worn by Bela Lugosi in Dracula (Universal 1931). A partial gift from the Lugosi family, the cape joins the museum’s collection of 3,500 items encompassing costume design, movie technology, production design, makeup and hairstyling, promotional material, memorabilia, and awards.

Jessica Niebel, the museum’s Exhibitions Curator, said, “This outstanding acquisition simultaneously represents the character of Count Dracula as a cultural icon and the life and career of an extraordinary actor, Bela Lugosi. It is important to us as a museum to be able to restore and safeguard this artifact, especially knowing that much of the material history of the classic horror cycle has been lost forever. We are deeply grateful to the Lugosi family for entrusting us with a treasure that means so much to them.”

Contrary to popular legend, the cape in which Bela Lugosi was famously buried was not the one he wore in the classic film, but one of several others which he had worn on stage and at public appearances during his long career. Speaking of the cape which his father wore in Dracula, Bela Lugosi’s son, Bela G. Lugosi, said, “My father’s screen-worn cape has had a very special place in my life and in the lives of my children and grandchildren. In fact, it has been a part of my mother’s household and then my household since I was born—for over 80 years. After several years of discussions with Founding Director Kerry Brougher, who showed such care and appreciation of its important role in film history, it became clear that there is no better home for the cape than the Academy Museum, allowing movie lovers to view a piece of classic horror film history and enjoy Bela Lugosi’s acclaimed performance for years to come.”

Lynne Lugosi Sparks, Bela Lugosi’s granddaughter and Chief Executive Officer of LUGOSI LLC., added, “It has been our pleasure to work with Kerry Brougher and Exhibitions Curator Jessica Niebel as we navigated the emotional journey of transferring my grandfather’s treasured Dracula cape from our family collection to the Academy Museum.” 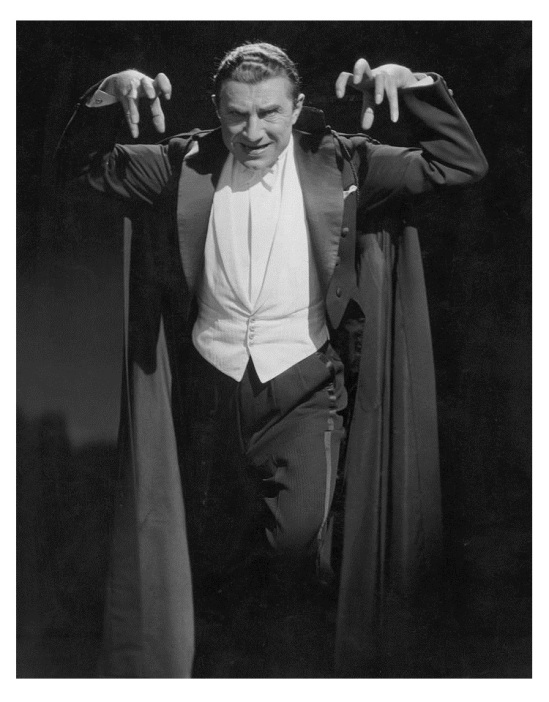 Located at 6067 Wilshire Boulevard, Los Angeles, CA 90036, The Academy Museum of Motion Pictures is scheduled to open to the public in 2020. For more details, visit https://www.academymuseum.org/en/

In an article in the online edition of The Hollywood Reporter by Gregg Kilday entitled “Why Bela Lugosi’s Family Donated Iconic Dracula Cape to Academy Museum” (posted online 7:00 AM PST 2/15/2020), Bela Lugosi’s granddaughter, Lynne Lugosi Sparks, said that the family “was actually thankful” that the cape failed to sell when pu

t up for auction at the Icons of Hollywood auction at Profiles in History on December 16th, 2011. With hindsight, she feels that the decision to place a high starting price of $1.2 million was subconsciously made to ensure that it didn’t leave the family for “some collector’s closet for the world never to see.” She added that the family “took a sigh of relief” when they learned that it was returning home from the auction.

The heavy, floor-length black fulled wool opera cape is currently being restored by Beth Szuhay of Chrysalis Art Conservation to prepare it for the museum’s December 4th, 2020 opening. Although the overall condition of the cape is reported to be good for its age, the taupe-colored silk crepe lining requires attention for some tears due to humidity causing the wool of the cape and the silk lining to expand and shrink at different rates over its life. The restoration process will include “attaching a new backing to the silk layer and re-patching any missing bits of lining with silk dyed to match the original.”

You can read Gregg Kilday’s full article at: