Bela Lugosi and Ilona Von Montagh married in September of 1921. The couple had worked together in New York in a string of successful Hungarian-language plays either as co-stars or with Lugosi directing Von Montagh. Their close working relationship quickly led to romance, but their marriage began to falter as quickly as the romance had blossomed. Despite their continued theatrical success, Lugosi wanted his bride to retire from the stage and conform to his conception of what a good Hungarian wife should be. He later summed up those ideals in an interview. “The Hungarians believe that the man should take care of the woman. Her divine profession is motherhood.” An acclaimed actress in Hungary and Germany, Ilona believed her “divine profession” was on the stage. The couple separated and apart from a brief reconciliation in 1922, the marriage was over, but were not divorced until 1925. 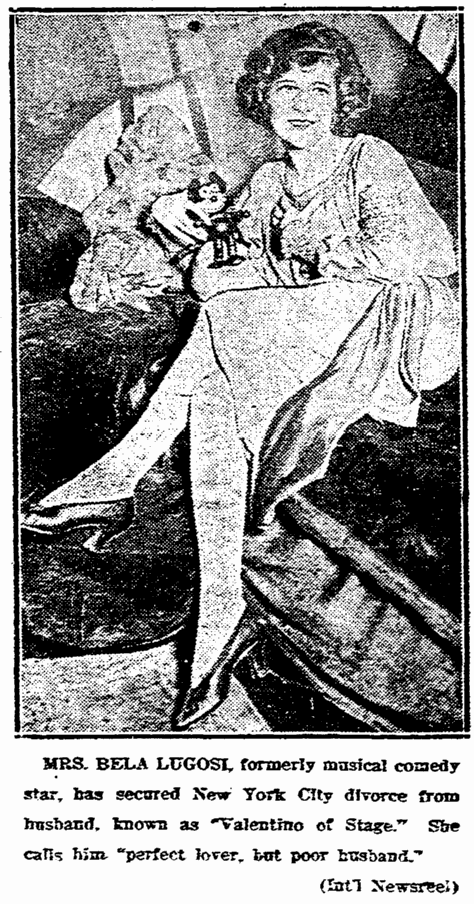 Little is known of Von Montagh’s life after the divorce. Her once spectacular career fizzled out in America. On June 21, 1935, the former toast of Budapest and Berlin was caught shoplifting with a friend in B. Altman and Company’s New York department store. She claimed she had done it as a stunt to get publicity for a book she had written. What subsequently became of Von Montagh remains a mystery.

Read more about the stormy relationship of Bela Lugosi and Ilona Von Montagh: