This production of Dracula in London seems to have come very close to being realized. Why it eventually failed to materialize is unknown. Bela Lugosi would eventually take Dracula on a UK tour in 1951 (British Tour of Dracula (1951)). 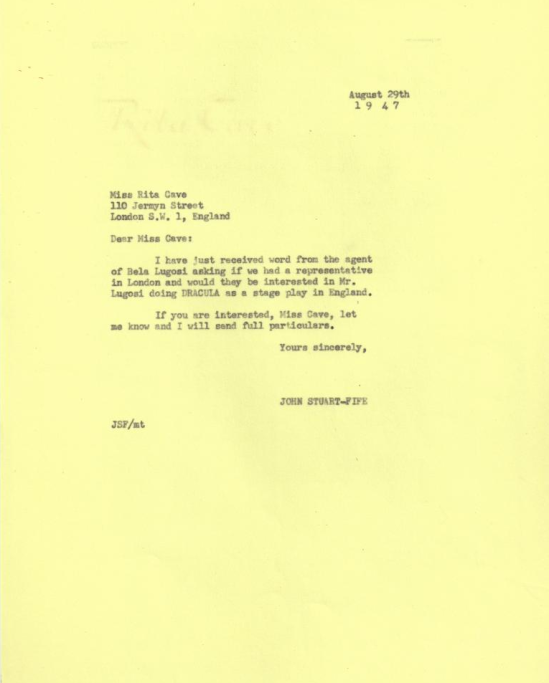 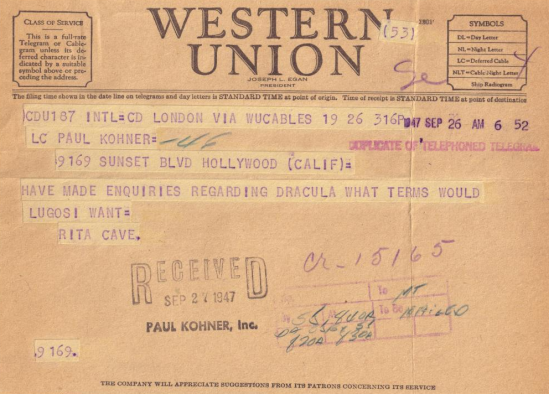 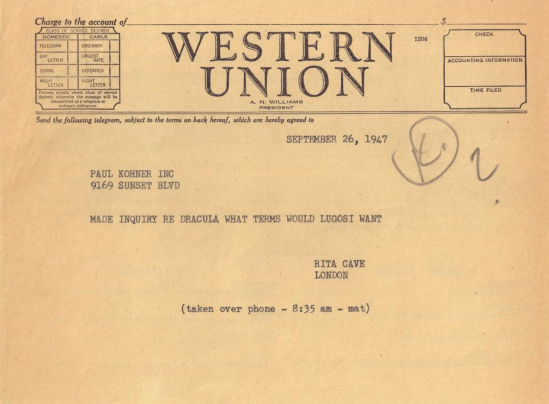 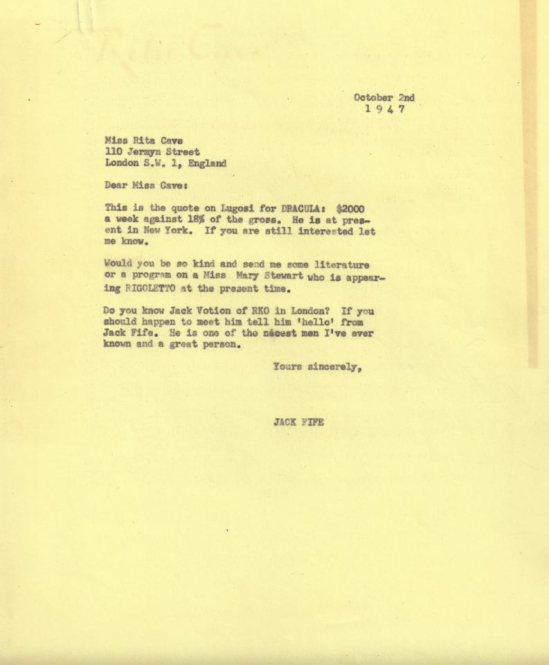 Can London take it? Bela Lugosi is sailing for England shortly to revive his famous “Dracula” role there.

Bela Lugosi swears Brain of Frankenstein will be his last horror picture; but he will have  one more fling at Dracula on the London stage. Then, of all things, he will do four weeks of Harvey. That can only be matched by Boris Karloff, another horror man, who did kindly old Gramps in On Borrowed Time last year.

Bela Lugosi leaves April 15 for London to open a revival of “Dracula”.

HOLLYWOOD – (AP) –  Two of the screen’s ablest boogymen, Bela Lugosi and Lon Chaney, are planning projects to satisfy the most eager of horror fans.

Both are currently scaring the wits out of Abbott and Costello in “A. and C. Meet Frankenstein,! and Lugosi reports that U-I is mulling two subjects based on his “Dracula” portrayal. “There is enough material in the original novel for half a dozen pictures,” the Hungarian actor told me. Meanwhile, he plans to take the famed blood-sucker to London for an eight-week stage run this summer.

Chaney is organizing his own producing company with Curt Siodmak, top writer of gruesome scripts. They plan to create new characters “more horrible than any yet seen on the screen.” I can hardly wait.

The Morning Herald (Gloversville and Johnstown N.Y.) May 6, 1948

Promised but not hoped for: A remake of “Dracula,” starring Bela Lugosi.